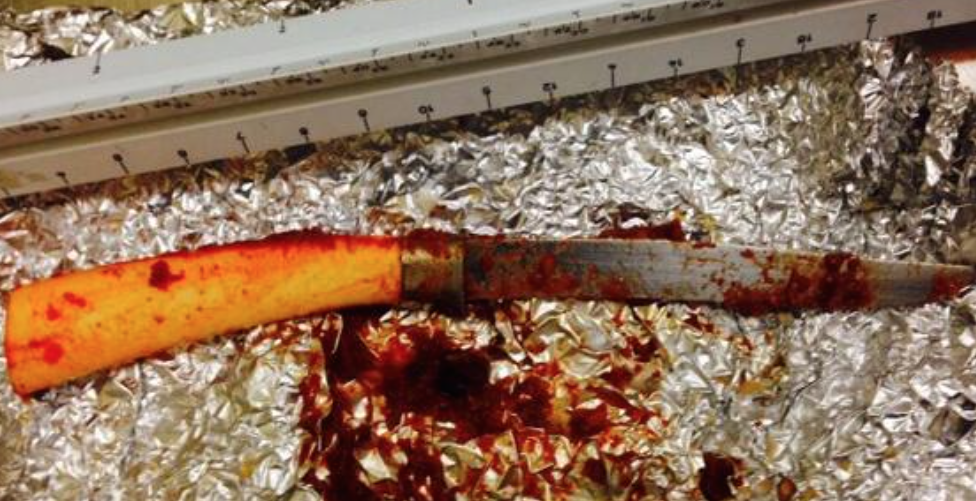 Enchiladas Confiscated by the TSA, You’ll Never Guess What They Found.

A hungry flight passenger had their lunch confiscated by TSA earlier today. What looked like a seemingly harmless baggie of enchiladas ended up having something quite surprising in it.

Security at Oakland International Airport searched inside of the enchiladas and found A 8.5-inch knife stashed inside.
TSA spokesman Nico Melendez said, “The woman said she had made the enchilada over the weekend and she really didn’t know how the knife got into the bag.”

Screw the bag, how’d it get into the enchiladas. The only thing I wonder is what she had planned to do with the knife. Luckily the TSA intercepted this saucy disaster.
She was questioned by Oakland Sheriff deputies and they eventually cleared her for the flight. Legally though she may be looking at at least a $10,000 fine. 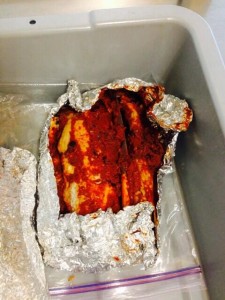