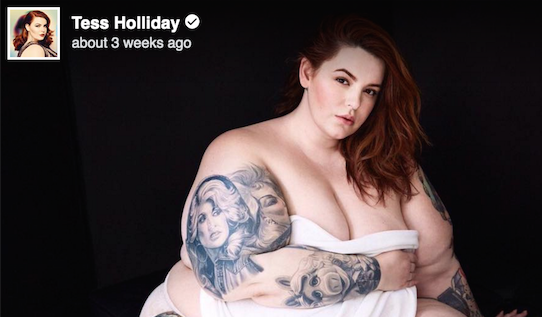 Facebook has dealt its fair share of controversy lately, and the trending topics drama has nothing on this latest scandal. The company is apologizing for removing an ad focused on body positivity that has initially been deemed “too offensive.”

The photo in question was of plus size model Tess Holiday. It was part of an Australian group Cherchez Femme’s promotion of their “Feminism and Fat” event.

Facebook rejected the image, labeling it as “undesirable” and claiming the image shows “muffin top,” which “make viewers feel bad about themselves.” 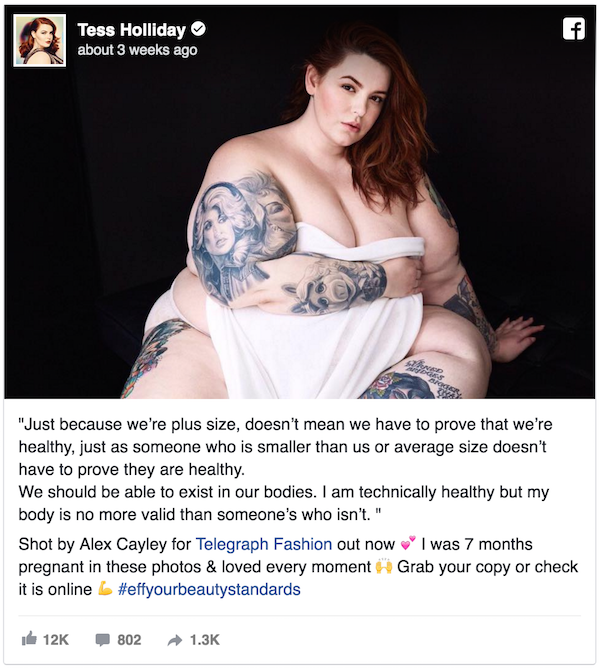 A producer from the group address the controversy and said Facebook suggested they promote their event with a bicycle instead. She now says the group will promote the event without using Facebook, leading the site to issue an apology. The company said the rejection was the result of an “error,” though they did not address why the plus size model was called “undesirable.”