Ferguson Police Arresting Journalists Doing Absolutely Nothing Wrong. I’m sure most of you know about what is going on in Ferguson, Missouri by now. The killing of Michael Brown has sparked 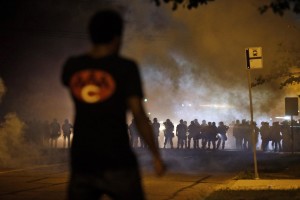 many protests. Some peaceful and some turning violent, but on the side of the police I believe that they are violating rights to protest by detaining almost anyone they see as part of the cause. The man in charge of policing the protests in St Louis warned journalists on Monday that they will most likely be detained as well. 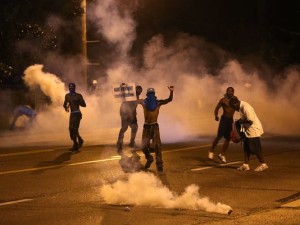 About 11 reporters have already been either arrested or detained by police and all because they can’t “distinguish” between those who are protesting and those who are journalists. At a press conference, Missouri State Highway Patrol Captain Ron Johnson said that if police can’t tell that a journalist is a member of the media they could be detained.

“When officers are running around, we’re not sure who’s a journalist and who’s not. Yes, if I see somebody with a $50,000 camera on their
shoulder, I’m pretty sure. But some journalists are walking around, and all you have is a cellphone because you’re from a small media outlet. Some of you may just have a camera around your neck. So yes, we may take some of you into custody. But when we do take you into custody, and we have found out you’re a journalist, we’ve taken the proper action,” Johnson said.

These comments came before Ryan Deveraux, of The Intercept, was detained and held for hours by Missouri police. According to the website Deveraux and another reporter were clearly yelling, “Press!,” but were still detained and taken into custody. So is this what we’re facing now? People being detained for doing absolutely nothing wrong except exercising their right to free assembly because reporter or not no one should be detained without a probable cause. Share this story and let us know what you think. CLICK HERE —> TO LIKE DAILY BUZZ LIVE ON FACEBOOK!