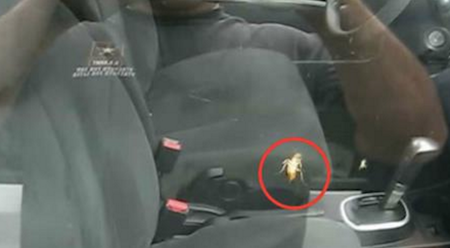 When you rent a car, you just except the risk that something really gross probably happened in the vehicle at some point before it found its way to you.

Sort of like thinking about what goes down in hotel rooms for too long is unsettling, dedicating too much thought to what happened in a car that’s been passed around so many times is alarming to say the least.

But with this guy in the video found living in the car he rented from enterprise, well, that just takes the nasty cake.

The inside of the car was literally crawling with cockroaches. According to the poster, they were able to kill the roaches by bug bombing the car.

While effective, it still not something you want to be responsible for when you find a rental agreement!