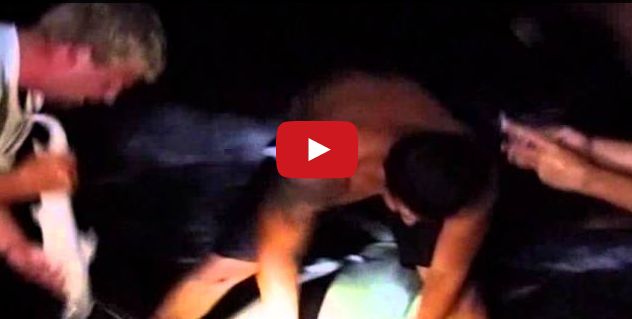 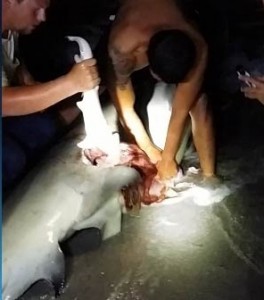 Fishermen Capture Pregnant Shark And Help Deliver 20 Pups. Four fishermen from Venice, Florida had one catch they will never forget. After struggling with a fishing line for two hours, one of the fishermen jumped into the water to untangle it. The group dragged their prize onto the shore to see what they had caught. To their surprise they realized it was a hammerhead shark with a large bite mark on her stomach. They were even more surprised when they saw a tale on the inside of the shark’s stomach and realized that she was pregnant.

“They were trying to push their heads out,” one of the fishermen told WFLA. “So I’m guessing the mom tried to give birth but she didn’t have the strength to push them out.” The video was taken by Ashley Travis and posted to Facebook. It shows how all 20 pups were pulled from the bite mark, “wiggling and squirming,” as one person described. The video is actually an amazing site of the birth of baby hammerhead sharks. Unfortunately, the pups were born too early and too close to shore. Even though they swam away, they may not be ready or strong enough to survive on their own.