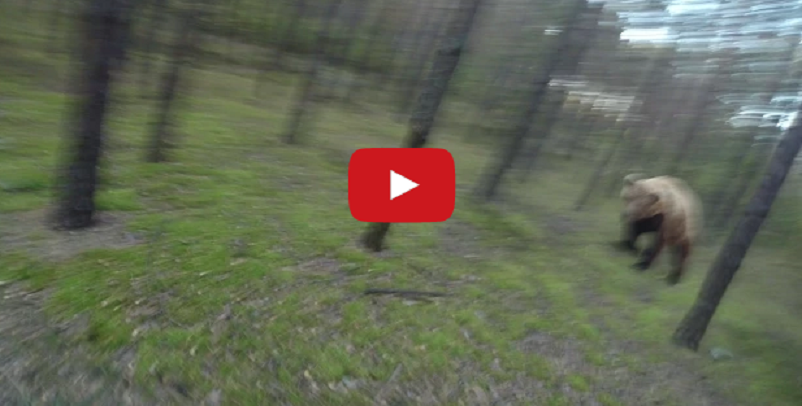 A nice quiet ride down a wooded trail turned into a near disaster for a man who had a close encounter with a giant bear – and he had a GoPro attached to his helmet which recorded the entire incident.

While cycling one morning, Gregor saw a huge bear running towards him just off to the right. He picked up speed down the trail, as the bear closely moved in on him from behind.

And just when you think it couldn’t get any worse, the trail was blocked by trees. The biker then abandoned his cycle and ran off into the woods. Just then, shots were fired, scaring off the bear, leaving the man unharmed. I’d say this ended up being the man’s “lucky day.”