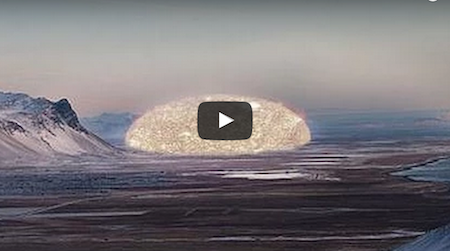 Government Secrets In Alaska So Disturbing It Will Have You Questioning Your Future.

Just what is the US Government doing with this mysterious HAARP program? And why is there so much secrecy behind it?

In 1993, a powerful Republican US Sen. pushed through the approval to have $250 million earmarked for the construction of HAARP, a top-secret and controversial military research facility in a remote corner of Alaska. HAARP Stands for High-Frequency Active Auroral Research Program.

HAARP Was officially designed to study the northern lights and the atmosphere’s effects on radio transmission, though even supporters of the program agreed that $250 million seemed like a lot of money for the US military to dedicate to such research. Some very reputable conspiracy theorists believe the closed-door, no access facility is conducting much more dangerous experiment.

One of the theories supported by prominent US politicians like former Gov. Jesse Ventura and family of members of Congress like Nick Begich Jr., is that HAARP is engaged in long-range mind control experiments using high and low range frequency transmissions. Others, like the European Union Parliament committee of foreign affairs, fear that their testing may be disrupting the ionosphere causing damage to the environment, and might even pose a threat to reversing the Earth’s magnetic poles.

Some, like Venezuelan Pres. Hugo Chavez, go a step further to accuse HAARP of manipulating extreme weather and tectonic events to weaponize volcanoes, earthquakes and tsunamis. Then, suddenly, in May 2014 the military announced that they would be immediately ending the HAARP program and dismantling the equipment to prevent any further research.

Why would the government sinks so much money into studying the ionosphere? Why would so many prominent politicians believe HAARP was something other than it was? And why did the US suddenly say they were seizing the program just last year?