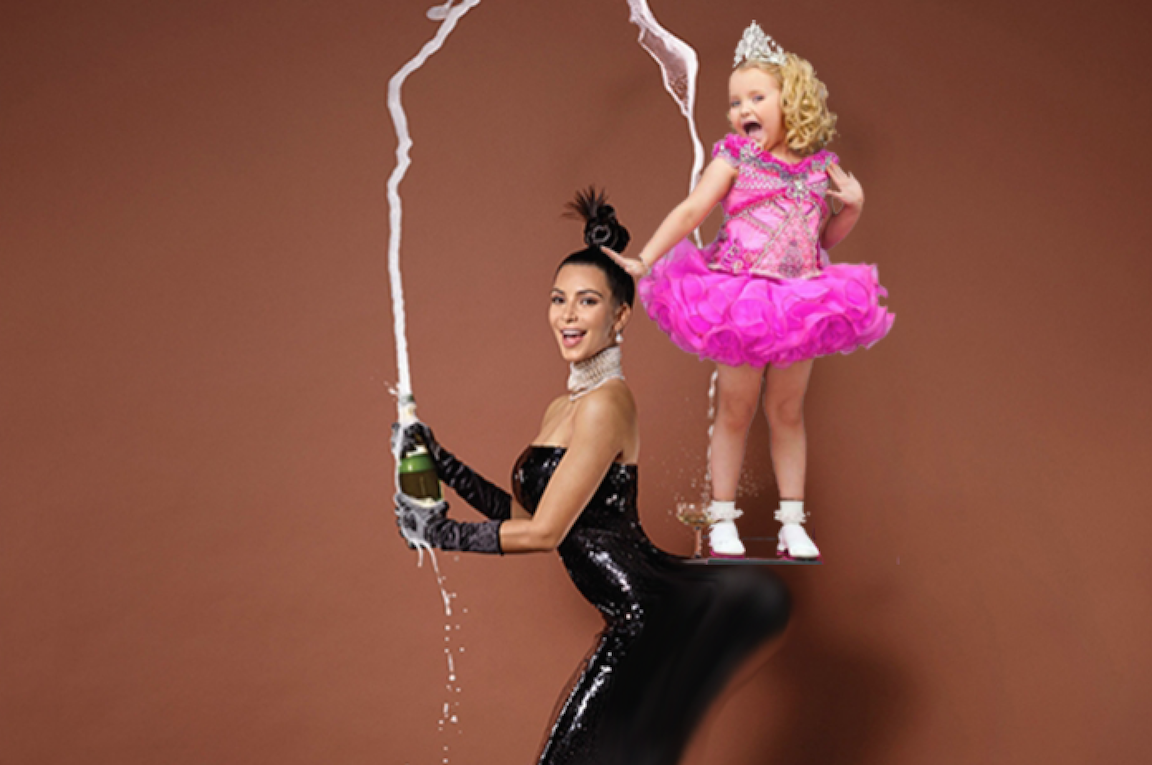 5 Ways Honey Boo Boo Hopes to Be Like the Kardashians.

With the loss of her hit TV show, Honey Boo Boo’s 15 minutes of fame are almost up. Desperate to return to the air, HBB and family have been shopping around for a new entertainment company to reboot their fame.

On the flip side of the coin, the Kardashians make headlines simply by farting.  In leaked documents (a used McDonald’s napkin with writing), Mama June is hoping HBB can regain her success by modeling the infamous family.  Here’s how:

Teenage Kylie Jenner recently made headlines by spending nearly $3 million to purchase her own home.

Honey Boo Boo is hoping to make a similar splash by purchasing a lavish Double-wide Trailer from Earl in the neighboring trailer park.

2. Have a family feud

In a future episode of “Keeping up…”, Kim and mother Kris fight over stolen cookware until Kris throws a rock through a window.

For HBB, Mama June plans to fight with Sugar Bear over a leftover box of chicken-wings.  The fight ends when Mama June finds jellybeans in her neck rolls.

Over the weekend, Khloe and family hit a patch of black ice in their Yukon GMC and skidded into a ditch.

In the same vein, Honey Boo Boo is planning to slip on a piece of lettuce at the local Sizzler.  The act will hopefully gain America’s sympathy while giving HBB another reason to hate salads.

For HBB’s families, a coin toss will decide whether Sugar Bear or ex-BF Mark McDaniel will go under the knife.  Sources close to the family say eldest daughter Anna ‘Chickadee’ is pushing for convict sex offender McDaniel to make the sacrifice.

With last year’s risqué cover on the magazine Paper, Kim reminded the world who’s milkshake brought all the boys to the yard.

HBB hopes to pull off a similar stunt by posing for the children’s magazine Highlights in a similarly provocative manner.