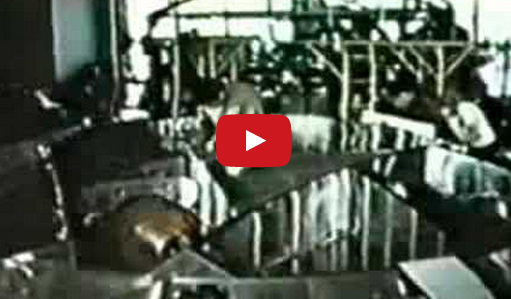 Humans Work Along Side Aliens At Area 51.

Recently, at the Citizen Hearings UFO Disclosure that took place in Washington DC, many credible witnesses from the military, as well as civilians, came forward with detailed accounts of UFO sightings and alien activity that took place worldwide.

Over the years there have been several people that have come forth to tell their stories of personal alien knowledge. Many worked at the top secret military base Area 51.

One of those individuals that worked at Area 51 has come forward with detailed accounts of working alongside an Alien Grey in the construction of a UFO simulator for training military pilots.

This 71-year-old man, who asked to remain anonymous, was a mechanical engineer between the years of 1966 and 1979 at Area 51. He said he worked with an Alien Grey for 16 years named JRod.

This man also suggests that there may be thousands of this type of Alien Grey who are working throughout the military establishment with advanced technologies in exchang for human, animal and plant genetic harvesting performed by the Greys. WATCH!