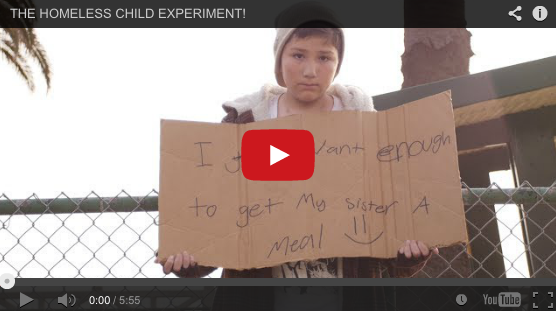 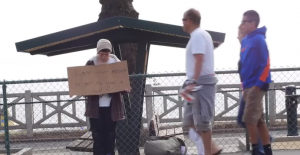 Inspiring Video- Watch And See What People Do When They See A Homeless Child. Nowadays in our society, it almost feels like the individual reigns supreme over the whole. It’s as if we’ve forgotten that we are all in this together. That may be because media glorifies the self and the need for us to make something of ourselves without the help of others. What if though someone really did need your help? Does it matter what they look like or how they’re dressed? Would you be more likely to help a homeless child vs. a grown man?

The people at fouseyTUBE decided to ask this question and test it out in a sociological experiment. They called it the “homeless child experiment” and what they did is take a young boy, dress him up as a homeless person and see if anyone would help him. The results were more than shocking.

In the video you can see people just walking by the young boy with out even flinching. Either people pretend they don’t see him out of guilt or they look at him in amazement, but alas nothing is done. The sign even clearly says, “I just want enough to get my sister a meal.”

One woman even takes it upon herself to say that she is disgusted with what they are doing. The host of the experiment tries to explain to her 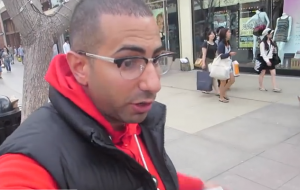 what they are doing, but it seems that she to can’t see the problem with not helping. Through the whole experiment only one man gives money to the boy. They give him his money back, explain what they are doing and thank him for being generous.

The most amazing thing that happened throughout this experiment was that while filming a real homeless person comes into frame and collapses down in tears on the grass. The host approaches the man to see what happened. He says the police impounded his dog and he doesn’t know what to do. The host not only gives the man $100 dollars, but he also reassures him that he will do everything he can to make sure he gets his dog back. 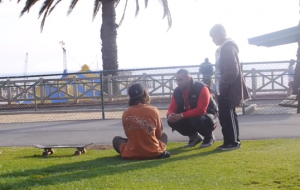 This is a truly heart-warming experiment and an eye-opening one as well. It shows us that our capacity to help just one person can make a world of difference in their lives. Through appreciation and passing good deeds forward we can change the world. However, one thing this video also shows us is that we must look at ourselves and our unwillingness to help, then ask us if that is really the way we want the world to be. If we really would want the same done to us if we were in the same situation. Only then will we have the capacity to change. Check out the video below and please share it: Make a difference and change the world.