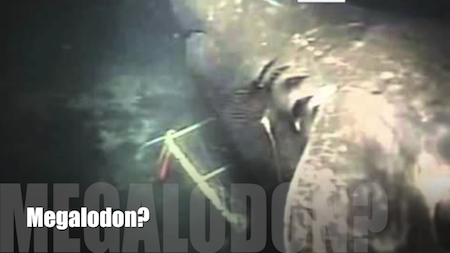 For a while now, a video has been lurking in the deep recesses of the Internet that claims to contain footage of a megalodon shark (a giant shark that was thought to be extinct). And apparently it was all captured by Japanese scientists.

many cryptozoologists are eager to use this as irrefutable proof of an ancient predator’s continued existence, but YouTuber All Things Creepy isn’t convinced.