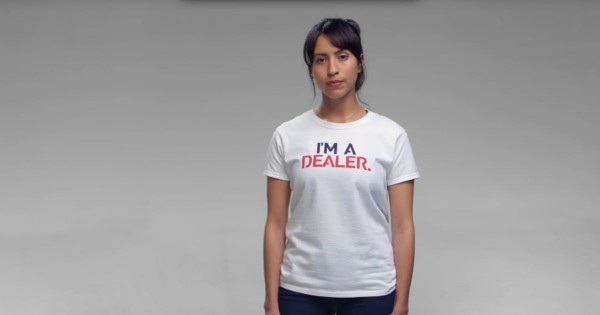 “When Mexico sends its people, they’re not sending their best,” Donald Trump infamously said last year during the speech announcing his presidential campaign. “They’re sending people that have lots of problems, and they’re bringing those problems with them. They’re bringing drugs. They’re bringing crime. Their rapists. And some, I assume, are good people.”

The backlash following his incendiary remarks about the neighbor to the south didn’t seem to hurt him; If anything, it helped propel the reality show mogul to the top of the polls. Today he’s the clear front runner of the Republican presidential primary.

But Latinos are fighting back. Among those efforts is the campaign #TurnIgnoranceAround. It aims to combat the harmful stereotypes Trump has encouraged about Mexicans.

The campaign video features Latinos “conceding” to being dealers, murderers and traffickers. But they then turned around to reveal who they truly are – a dealer of flavor, a chef; a murderer of boredom, a comedian; a trafficker of stories, a director.