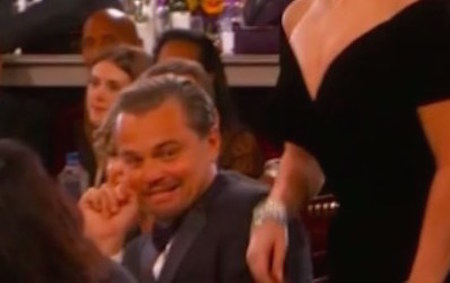 Leonardo DiCaprio became a trending topic during Sunday night’s Golden Globes for one particular moment – and no, were not talking about his win for The Revenant.

The 41-year-old actor made quite a face when Lady Gaga, who was walking toward the stage to accept her award for best actress in a limited series or TV movie, touched his back as she walked by. Caught off guard, DiCaprio noticeably jumped in his seat and winced. The moment exploded on social media with numerous GIF’s, Vines and screenshots.

You can check out some of those below! 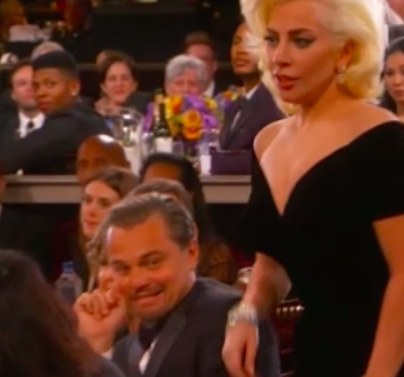 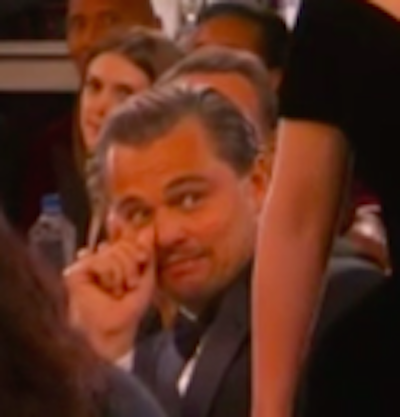