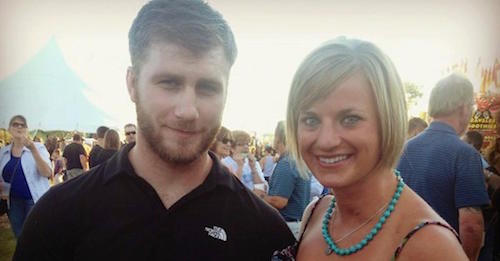 Taylor Morris grew up as an adrenaline seeking kid with a passion for extreme sports. Part of the reason why he excelled in such gravity defying hobbies with his natural knack for being incredibly calm under intense pressure.

This made him a prime candidate for the Navy’s EOD, Explosive Ordinance Disposal. According to the US Army, the EOD are “warriors who are properly trained, equipped and integrated to attack, defeat and exploit an exploded ordnance, improvised explosive devices and weapons of mass destruction.”

In 2012, the then 23-year-old Taylor led a team of Army Special Forces to a classified location when he suddenly stepped on an IED that exploded underneath his body. Both his arms and legs were blown off as a result. Although he was bleeding profusely, Taylor told the medics not to get him. He feared there were other IED’s in the area, and the medics would be put in harms way.

Here about his rescue, and the woman that stood by his side in the video below!