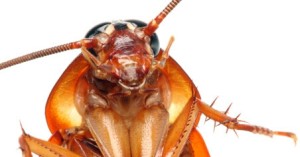 If You Love McDonald’s Hash Browns You Must See This!! Poor McNasty has been under criticism for quite some time now, so you think they would have learned to take extra precautions when preparing their food. Not the case here. A McDonald’s customer said he was startled to find a deep fried cockroach stuck to the bottom half of his McDonald’s hash brown. After eating most of it, he made the discovery that had his skin crawling. LinkBoyJT, as he refers to himself on Reddit, posted this photo writing, “I am sure it is a cockroach. The wings are membranous and not hooked together, they are chitinous, translucent and hard, completely unlike moths.” 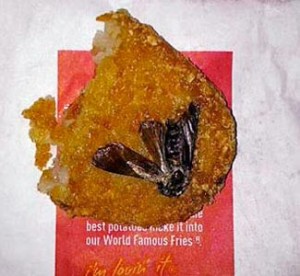 LinkBoyJT reported, “I took the thing and showed it to the manager and she marked my receipt so I could get the same meal for free the next time I come in for breakfast. She didn’t really seem all that concerned.” This of course is not McDonald’s first time allegedly serving bugs to customers. An Ontario man, in 2010, discovered more than 50 dead ants in his breakfast burrito. Last year,in Edwardsville man found a cockroach leg protruding out of his chicken McNugget. Also last year an Australian patron found a cockroach stuck to the inside of his iced coffee after drinking at least half.