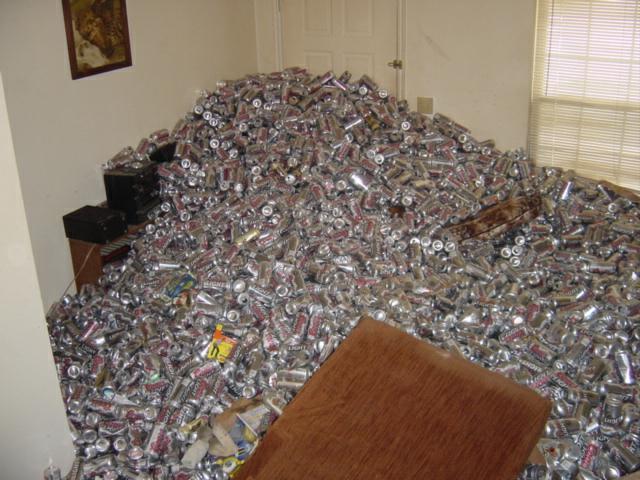 It might be safe to say that this Ogden, Utah man has a drinking problem.

Or a cleanliness problem – However you want to look at it.

Froerer Claims that this was “the sickest thing he’s ever seen.”

Froerer said the townhome had a nauseating smell, it’s front door blocked by debris, the furnishings inside buried under mountains of beer cans, and rooms stack to the ceiling with beer boxes.

The eight-year resident of the building was apparently a Coors light beer lover. He drank a couple dozen cans a day, every day, for the length of his residence. He saved all the empty cans as well as cartons as he finished drinking them.

He reportedly had to make a tunnel through his home to get from one room to the other.

The townhouse was found to contain an estimated 70,000 empty beer cans which reportedly brought in a total of $800 from the recycling company.

Despite his unusual behavior, the renter of the townhome was described as a reliable tenant who paid his rent on time, never complain, and maintain such a low profile that the local mail carrier thought the residence was vacant. 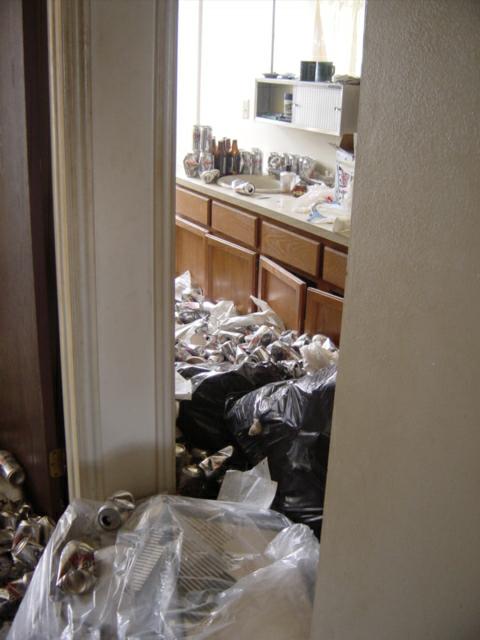 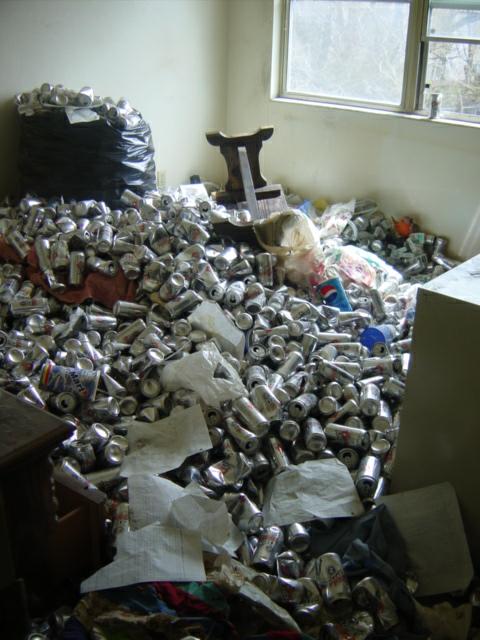 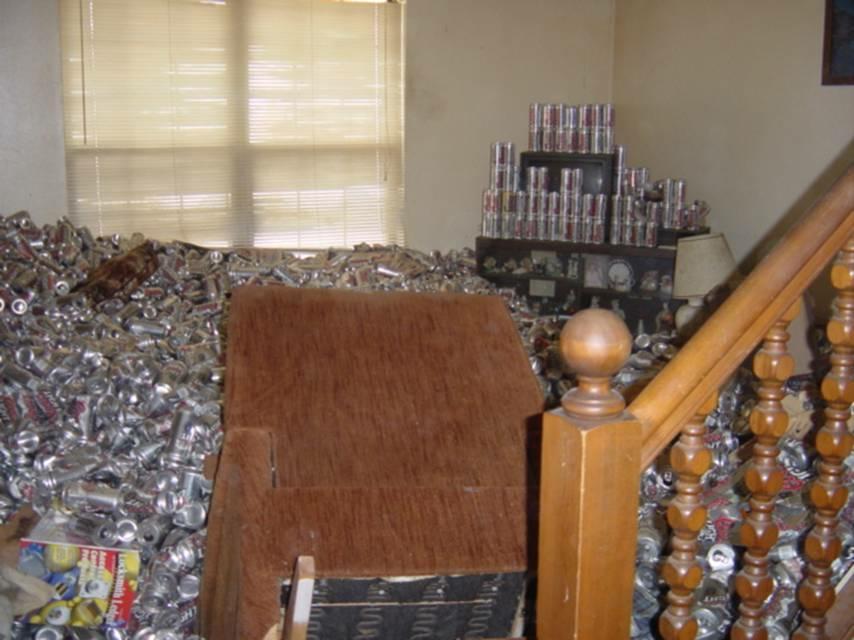 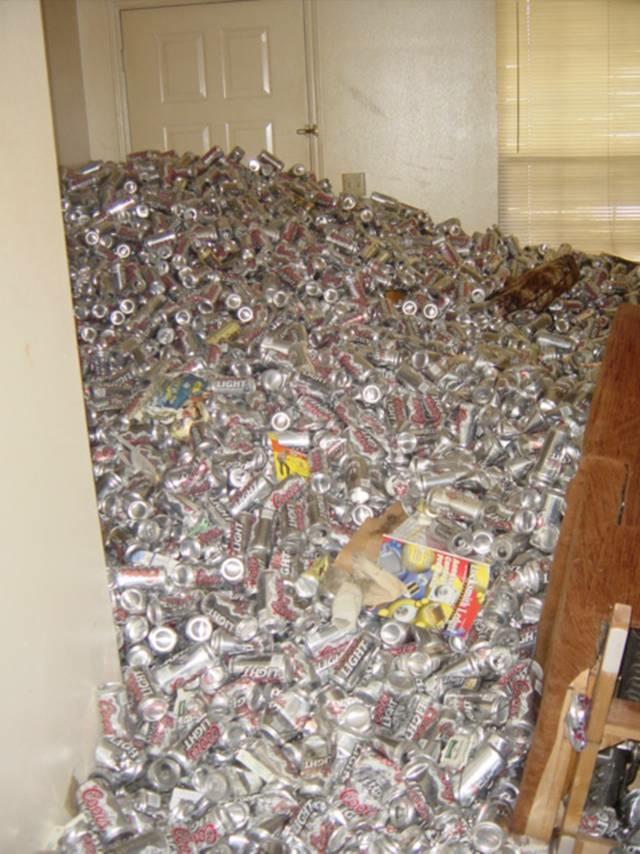 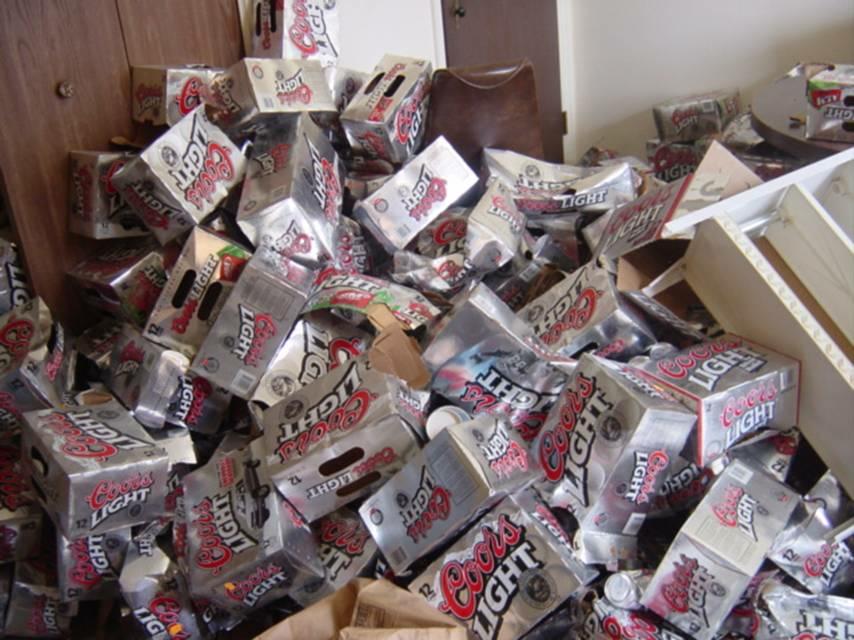