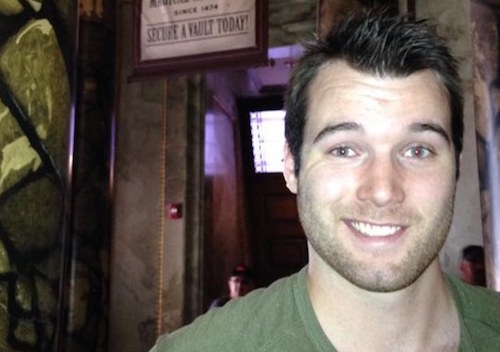 Man Dies Instantly After Lighting A Firework Mortar On Top Of His Head.

Devon Staples, a 22-year-old man from Maine, died on July 4th after he placed a mortar on the top of his head and lit the fuse.

Devon had been drinking, and the decision to light this firework cost him his life.

The firework exploded and killed Devon. “When he suggested he was going to do this, his friends gathered around him and they thought they had convinced him not to do it,” said Stephen McCausland, a spokesman for the State Department of Public Safety.

However, before his friends to stop him, Devon set off the mortar, killing him instantly.

His 25-year-old brother Cody told the New York Daily News that it was an accident and that he was with his brother in the backyard when the firework went off.

Main officials said they were investigating several minor injuries related to fireworks, including incidents in several counties. Most of these incidents involved burns or eye injuries.