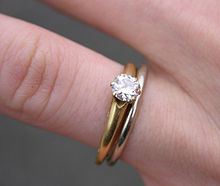 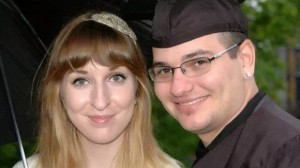 Man Fakes His Own Death To Avoid Getting Married. This is almost straight out of an episode of Family Guy. A man from Connecticut had faked his own death to get out of a marriage that he felt he wasn’t ready for. Alex Lancaster, 23, of the U.K. and Tucker Blandford, 23, were supposed to be wed on August 15. That is if Blandford hadn’t faked his own death. The two met in Connecticut when Lancaster was going to college and the two quickly fell in love. “He was such a gentleman. He showered me with jewelry. We would go out for a posh dinner on the tenth of every month to celebrate the day we got together,” Lancaster told the Mirror. “I’d never been in love like that before. I met his family and they treated me like a daughter. His mum and I became so close.” When Lancaster returned to the U.K. Blandford proposed marriage. She was eager to say yes for fear that the relationship would come to an end when she returned home.

Everything seemed fine for months after. The two talked everyday and started to plan the wedding that was to take place in Connecticut. Lancaster even spent money on the dress, invitations, and flights for Blandford so he could see her while in the U.K. However things changed a few months ago when Lancaster got a call from someone who claimed to be Blandford’s father. “He told me Tucker had been deeply depressed and wanted to die, so had thrown himself in front of a car,” Lancaster said. “The man explained that they had been trying to send Tucker off to a psychiatric unit for help. But it was too late. I couldn’t breathe. It was absolutely devastating.” 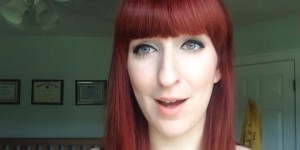 When calling the family back a short time later. She spoke to Blandford’s mom, “She said Tucker was absolutely fine, but she also thought we’d split up,” Lancaster said to Reveal.co.uk. “She knew nothing about the wedding.” Lancaster also found out that the venue that was apparently reserved for the wedding had not been reserved at all. Even though Blandford has paid her back for half of what she has spent so far she doesn’t think that she could ever forgive him. “I don’t think I’ll ever forgive him,” she said. “To pretend to be dead to get out of marrying me is just gutless. If he loved me, how could he do such a thing?”

Blandford not only admits that all the accusations are true, but he also had this to say to the Daily Mail, “I’m a terrible, awful person. I know I shouldn’t have told her I was dead, but I didn’t know what else to do. Alex is an amazing girl but I got scared and wanted to get out of the relationship. It was moving extremely fast and with us being in different countries, it was really hard. At the time I just felt like I couldn’t tell the truth and thought if I could just postpone everything it would be better.” Ironically this chain of events has led to Lancaster’s new career. She now owns a successful business making wedding favors. CLICK HERE —> TO LIKE DAILY BUZZ LIVE ON FACEBOOK!