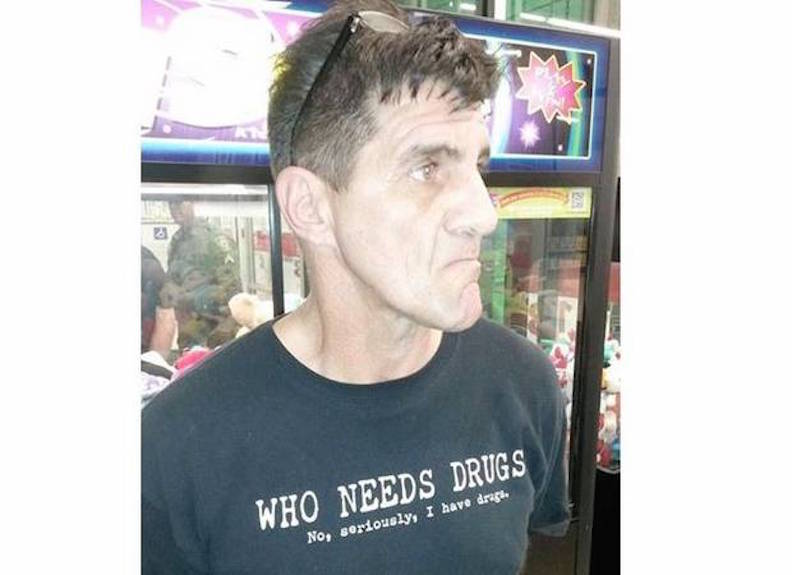 Man Wearing ‘I Have Drugs’ Shirt Arrested For Drug Abuse.

A Florida man, John Balmer, is definitely an “honest” felon.

According to an arrest report issued by the Pascoe County Sheriff’s Office, he was waiting in line at a Kmart in Hudson on Monday when a deputy walked in.

When he saw the officer, he tried to hand off his drugs, “bag of green leafy substance”, should to someone behind him. They declined, so he put it down on the ground before paying for his items.

If his attempts to ditch the bad weren’t obvious enough, he was actually wearing a t-shirt that said, “Who needs drugs? No, seriously, I have drugs.”  He was definitely bragging about his drug abuse problems.

Store workers told police about the bag, which they later found to contain marijuana and methamphetamine.

The convicted felon declined to speak to officers about his alleged drugs after his arrest. Probably because his T-shirt had already done all the talking for him.