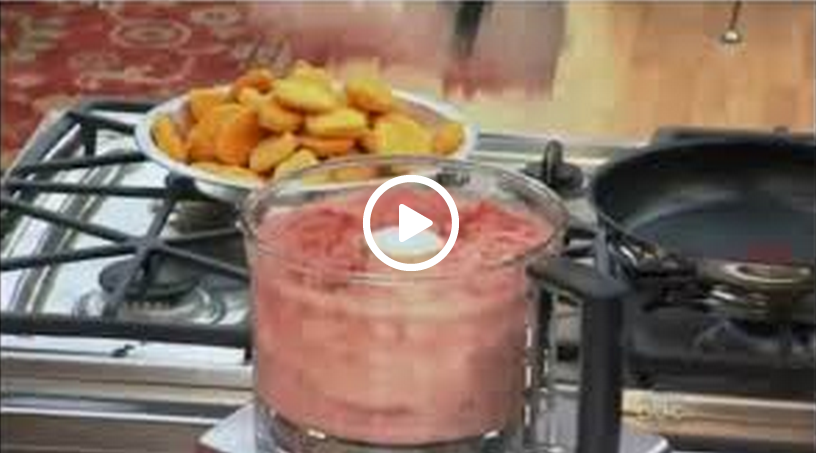 Mechanically Separated Meat – The ‘Pink Goo’ In Your Chicken Nuggets.

Prior to this, the majority of the meat scraps and tissue from animals went to waste because processors had no efficient means of separating it from the bones after the good meat was removed from the carcasses. 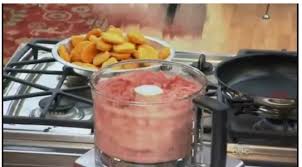 Today, this is not an issue thanks to mechanically separated meat. It is a cheaper alternative to our hot dogs, chicken nuggets, and frozen dinners which do not need to retain the appearance, shape, and texture of “regular” meat.

Mechanically separated meat is a paste like batter meat product created by forcing un-stripped bones under high pressure through a sleeve to separate edible meat tissue from the bones.

It involves the entire animal carcass such as bones, eyes, and cuts into one large glob of meat. It is a popular technique for today’s processed, quick to make foods.

Watch the video clip below from the television series Jamie Oliver’s food Revolution. he quickly demonstrates the process in which mechanically recovered a poultry is turned into chicken nuggets and chicken patties: 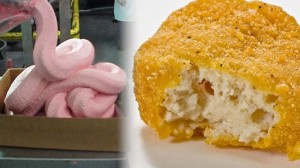 According to the US Department of Agriculture USDA (BECA– USE THEY WOULD NEVER LIE ABOUT OUR FOOD SAFETY… RIGHT??), mechanically separated poultry is safe to eat and may be used without restriction, however and commercial food products it must be labeled as such: