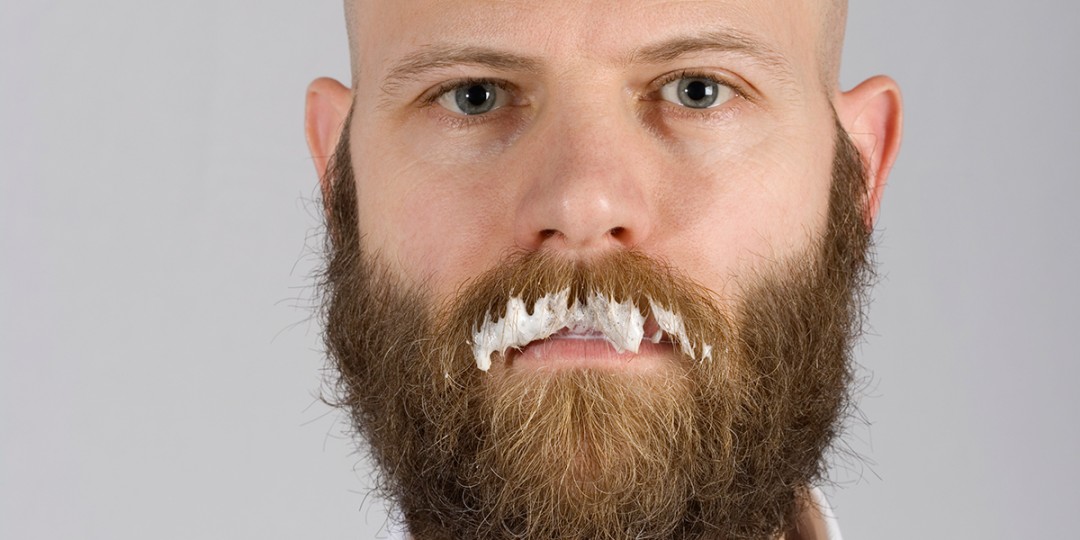 Men’s facial hair has sure been making a comeback in recent years, and I for one have been a big fan. I mean, I can do without a handlebar mustache (yikes), and goatees are still a total no-go in my book, but a sexy, scruffy beard? Yes, please! Or at least, that’s how I felt until a new study from Switzerland gave me pause. Because according to researchers, a man’s beard is a pretty dirty place — even dirtier than a dog’s fur. (Excuse me while I go gag several times into a paper bag.)

This all started when scientists wanted to know if humans could pick up a dog-borne disease from an MRI scanner that was also used for veterinary exams.To do so, researchers at the Hirslanden Clinic in Switzerland swabbed the beards of 18 men and the necks of 30 dogs of various breeds. Needless to say, they were shocked to learn that many of the dogs tested proved to have lower levels of microbes on their fur. Meanwhile, the men’s beards were “crawling with bacteria,” reports The Daily Mail, and almost half had bacteria in them that were hazardous to human health.( … Anyone suddenly feeling itchy?)

News of the study has been making its way across the interwebs, where people have been a mix of amused and grossed out.

“Hate beards for this reason,” one woman said. “Especially the guys who think it’s great to not keep [beards] and mustaches trimmed.”

Another likened the beard bacteria to gross “dingle berries” hanging from men’s faces (which I personally regret reading while eating).

Still, plenty of other beard-lovers weren’t fazed at all.

“Don’t care if it’s dirty or not,” wrote one user. “Beards are sexy. Now bring that hairy bacterial laden face my way.”

(Oof. That really presents quite a visual, now doesn’t it?)

And others refuted the study, claiming the research was bogus.

“You know what goes with me when I shower?” wrote one man. “My beard.”

“I don’t need this kind of negativity in my life,” quipped another.