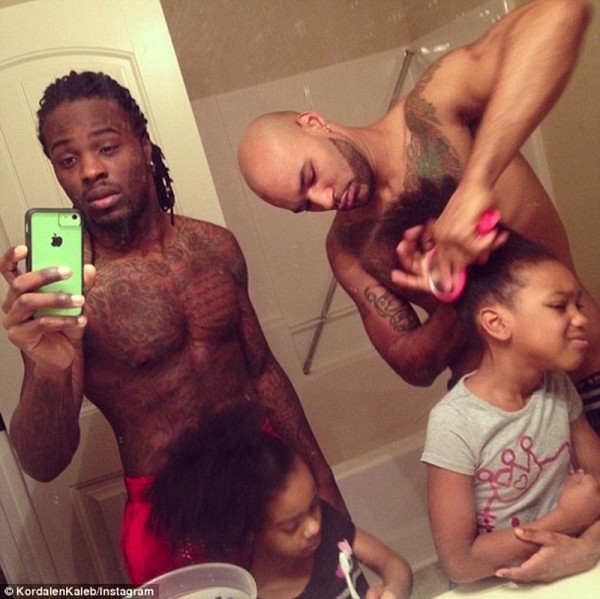 Millions Of People Were Disgusted By This Photo – Their Reaction? Unbelievable!

A photo of Kordale and Kaleb went viral after they posted a picture on Instagram of themselves doing their daughters hair.

They captioned the photo, “Being fathers is getting our daughters up at 5:30 AM making breakfast getting them dressed for school and putting them on the bus by 6:30.”

So what’s the problem?

Millions of people found it to be an issue because they father these children together, in a gay relationship.

If this was a picture of a mother and father in the bathroom with their kids, I highly doubt it would spread so quickly across the Internet.

The Atlanta couples photo brought tons of homophobic, racist and incredibly hateful comments about their family.

However, instead of hiding from it, Kordale and Kaleb decided to focus on the light and make their voices even louder.

Recently, the couple became part of Nikon’s new “I Am Generation Image” ad campaign, starring in the video below about them and their three wonderful adopted children, Desmiray, Malia and Kordale Jr.

“We just want people to know that, hey, we are normal. And you can’t judge people on their normal – you really can’t,” Kordale says. “It was a simple innocent picture. I’m still amazed.”