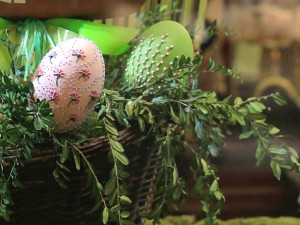 Mom And 3 Year Old Find Dead Body During Easter Egg Hunt. a Tennessee woman made a grisly discovery went hunting for Easter egg’s in her own backyard with her three-year-old son: A decaying dead body. Tara Hanouskova said she noticed a foul smell for over two weeks on her property but could not find the source. But on Wednesday, during an Easter egg hunt with her son, she noticed 10 issues in the crawl space under her deck. Hanouskova insists she does not know how the man got there.

Knoxville Police Department spokesman Darrell DeBusk told media that the man had been dead for about two weeks. The autopsy found that the man suffered from a medical condition that could have led to his death. The death will be listed as natural causes unless something different is found in the final autopsy report, DeBusk said. Meanwhile, police are still trying to determine who the man is and why he was under the deck.