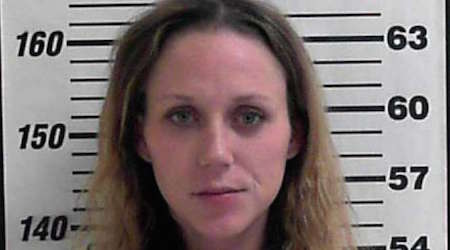 A Utah mother will spend the next 30 years behind bars for giving her baby a lethal dose of methadone.

The Salt Lake Tribune reports that 27-year-old Courtney Nicole Howell only wanted her 17 month old daughter to go to sleep. But instead of rocking the baby, or taking her for a car ride, Howell admitted to feeding the child a lethal dose of methadone.

The baby, who has been identified as Jaslynn Mansfield, was rushed to the hospital after she stopped breathing. Howell called 911, and Jaslynn was transported and later died at the David Hospital and Medical Center. The report said Howell never bother to tell rescue workers that her daughter had drugs in her system.

An autopsy later confirmed methadone was not only in the child’s bloodstream, but in toxic amounts. Evidence inside Howell’s bedroom revealed baby bottles even had methadone residue in them. Reports say Howell wasn’t officially charged until seven months after Jaslynn’s death.

Howell reportedly told the court during her sentencing, “Trying to forgive myself is an endless battle I struggle with daily. I can’t make up my wrong by giving my little girl back her life. I plan to take every opportunity given to me to help change myself and my life.”

Bonnie Carillo, Jaslynn’s grandmother, told the judge, “Jaslynn was a piece of my son that we had lost.” Carillo’s son passed away only months before the baby was born. He himself died of a reported methadone addiction, and Jaslynn was born addicted to methadone as well.