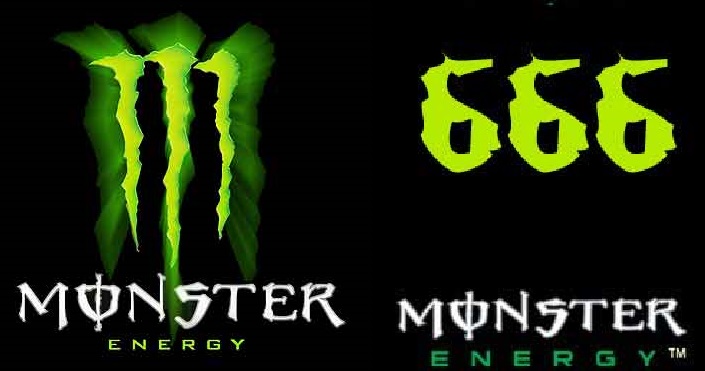 Monster Energy Drinks Hidden Satanic Message. This brings a whole new meaning to Monster Energy’s slogan “Unleash The Beast”. It is no secret that Monster Energy Drink, along with many other energy drinks, are one of the most unhealthy beverages a person can drink aside from alcohol and arsenic poison. Not to mention the fact that it contains bull semen and urine also known as taurine. But what sinister secrets hide behind the Monster Energy Drink logo? According to the Hebrew chart, the 3 oddly shaped scratches that form the letter ‘M’, resemble the Hebrew letter “Vav”, which translates to the number 6 in Hebrew. So if the can was translated from Hebrew to English, the logo would look more like this: 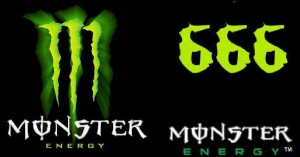 A little creepy right? There is also a hidden cross in the letter “O” as well. The company also has a very popular slogan used in all of its advertising, “Unleash The Beast”. Putting all of these hidden messages together, it sounds something like an Anti-Christ campaign slogan, “666 Monster Energy: Unleash The Beast” . Lost 5-O Energy, Monster Energy’s other energy drink product, doesn’t bother hiding its message at all. On their can it clearly states, “For centuries governments and the cults have used juices to subdue and conform the masses”.  They finished off the statement at the end by saying, “The Truth Hurts”. 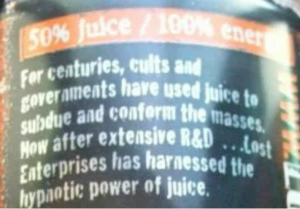 Subliminal messages are everywhere, if we would only open our eyes. They are not only on these cans of energy drinks, but on our television and advertisements, seeping into the minds of not only ourselves, but our children. Our conclusion is that you can easily avoid Satan, semen, and other future health risks by avoiding all of Monster Energies Drinks!