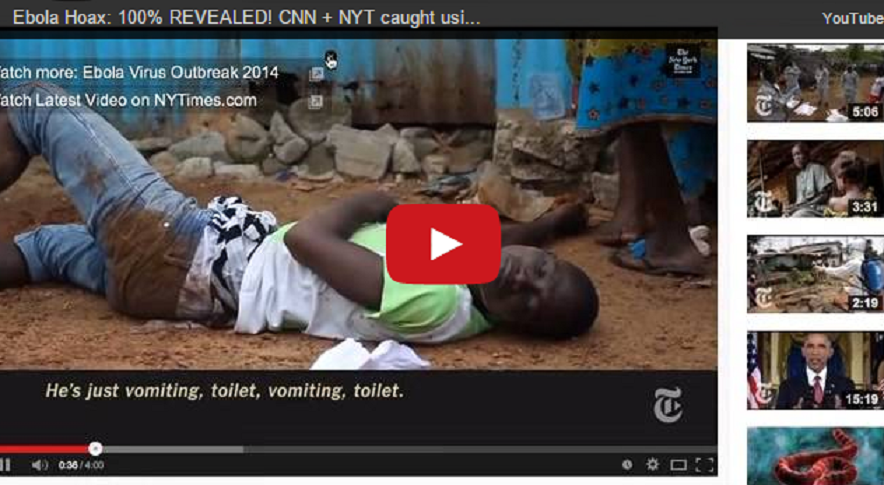 YouTube user FreeRadioRevelution and many other people across the world are revealing their thoughts on the Ebola Virus. Is it all a huge hoax to forcefully vaccinate the entire country.

“It’s all about mind control programming,” the voice in the video says. “They want to convince you Ebola is coming your way. Put your trust in your government that lies to you every stinking day, and twice on Sundays.”

From the green shirt saying “Ebola Is Real” to the naked kid setting up for the vaccination shot, something is going on. You can clearly see it for yourself in the video. Both CNN and the New York Times are implicated, according to FreeRadioRevelution.

The video also shows CNN being caught red-handed using crisis actors in Liberia. We ask you to draw your own conclusions on this video and keep an open mind. Could they really the lying to us?