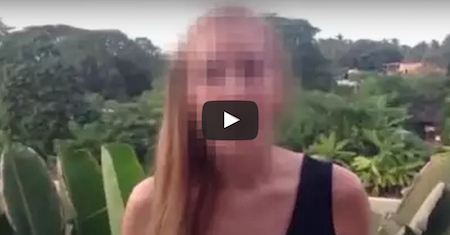 People are daring each other to snort cocaine on camera in this messed up ‘Ice Bucket Challenge’.

Last summer, videos of celebrities taking part in the ALS ‘Ice Bucket Challenge’ were all over the Internet. It was fun to watch people dump ice on their heads for charity, and the ALS Association reportedly raised $1 million in just 30 days because of it.

But a year has passed, and our taste for viral challenges has evolved: Ice buckets are out and cocaine is in.

Mexican women from wealthy families have been posting videos on Facebook using the hashtag #RetoDelPasesitoin which they snort bumps of cocaine and challenge friends to do the same.

There doesn’t appear to be a charitable aspect to their drug use, either. They simply do the coke, can’t feel their faces, and love it. That’s about it.