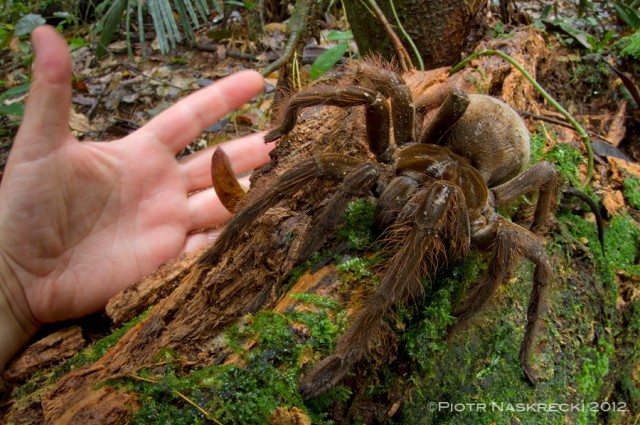 No, It’s Not Photoshopped – It REALLY IS A Puppy Sized Spider!

If you’ve been on social media over the past week, you’ve probably seen this photo and hoped it was fake.

This is a photo of the South American goliath bird eating tarantula taken by wildlife photographer Piotr Naskrecki.

Naskrecki notice the spider while in Guyana, a South American country between Venezuela and Suriname.

He says he initially thought it was a possum, or some other small mammal.

He soon realized it was something his nightmares were made of – a real giant spider!

Despite it being called the Goliath bird eating spider, it typically does not eat birds.

It lives in the rain forests of South America and hunts on the ground, which limits how many birds it would actually come in contact with.

However, it does eat small rodents, snakes, and even frogs.

The spider has a leg spanned of 11 inches and a body about the size of an adult’s fist.

Altogether, it weighs around 6 ounces which is about the same as a medium-sized apple, or a puppy right after it’s born. 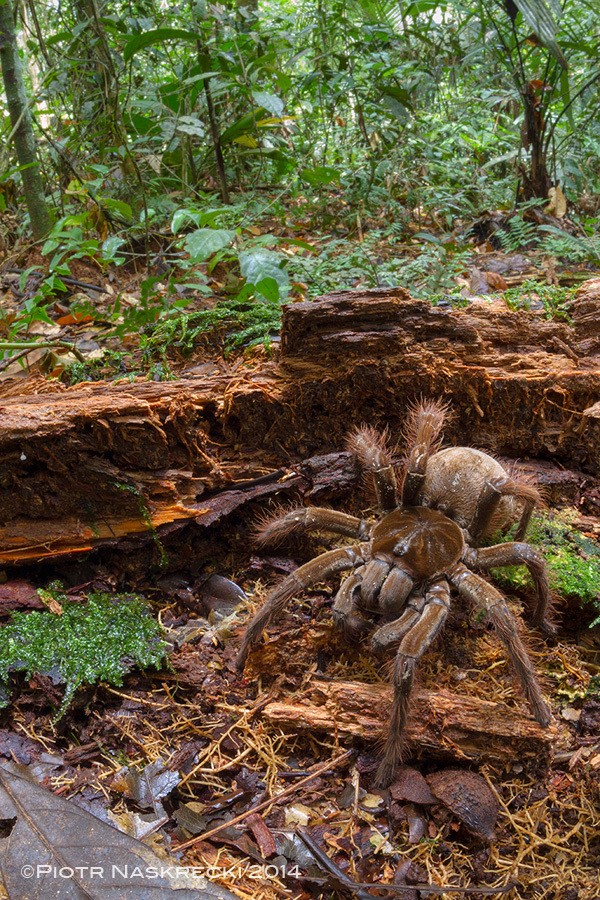 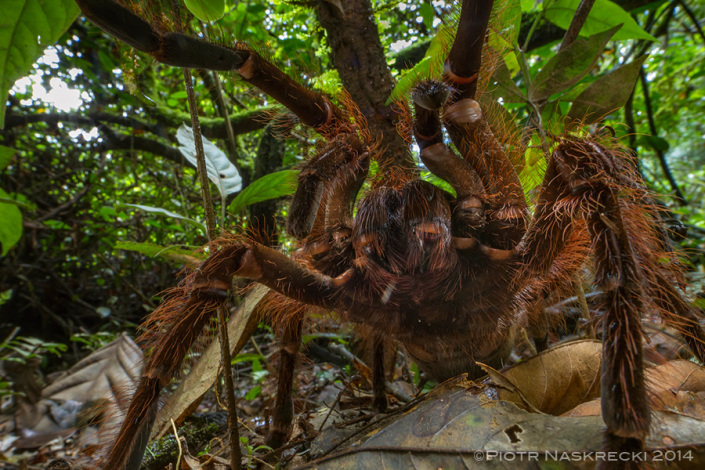