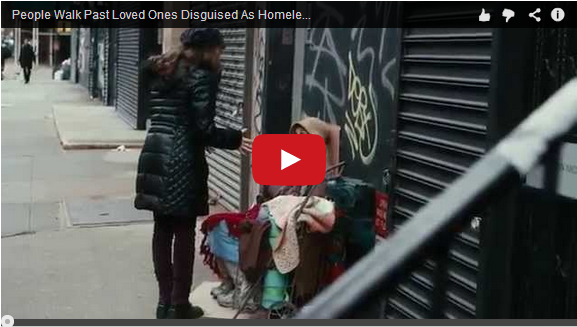 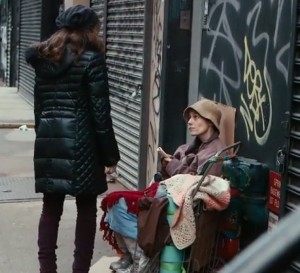 People Disguised As Homeless Ignored By Loved Ones On Street In Stunning Social Experiment. If one of your family members was homeless and you passed them on the street, would you recognize them? In a new campaign by ad agency Silver + Partners and Smuggler for the New York City Rescue Mission,“Make Them Visible”, people were put to the test as they passed their loved ones disguised as homeless people. Not one of them stopped to acknowledge them, they did not even notice their mother, brother or wife. This touching social experiment, which was set up in Tribeca and Soho near the local rescue missions, showed just how invisible the homeless people are in this country are.

Director of public relations for the New York City rescue mission, Michelle Tolson, told the Huffington Post, “We don’t look at them. We don’t take a second look.” Craig Mayes, Executive Director of New York City rescue mission also commented, “The experiment is a powerful reminder that the homeless are people, just like us, with one exception. They are in trouble and in pain. And they are someone’s uncle or cousin or wife.”