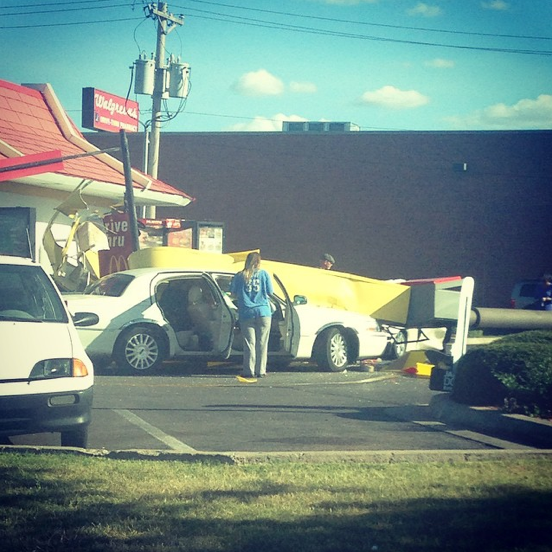 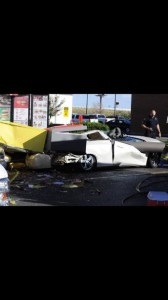 PHOTOS-McDonald’s Sign Falls On Two Cars In The Drive-Thru. Someone may need to get a podiatrist to Weatherford, Oklahoma because I think some arches may have fallen. Stupid pun aside, on Thursday two cars fell victim to a McDonald’s sign crashing down on the vehicles and to make matters worse the drivers were still inside of them.

The incident happened at about 5:37 p.m. while the two cars were waiting in the drive-thru. All of a sudden the sign fell from the roof and came crashing down on the vehicles. One of the drivers was 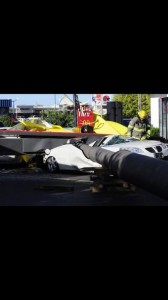 even trapped in their car for 15 minutes before being rescued. Luckily neither of the cars had passengers in them at the time. Neither of the driver sustained serious injuries even though both drivers were taken to nearby hospitals. 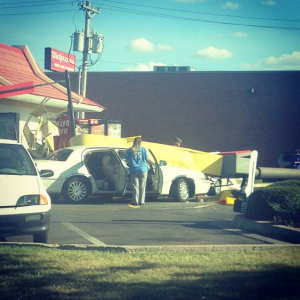 Officials are still trying to determine what cause the sign to fall off the building, but have not yet determined. One witness did capture all the antics on Instagram however. The drive through was open within two-and-a-half hours after the accident.