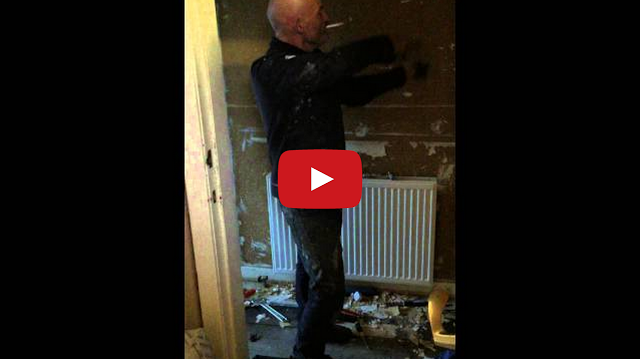 Plumber Gets Caught Dancing On The Job, Video Goes Viral.

Dance like nobody’s watching. Well that’s what one plumber recently did and now the video that his co-worker secretly took is going viral on the internet.

In what could only be a homage to Terry Crews in the movie White Chicks, you see the 52-year-old Mark Topen busting a move, or try all the moves, while on the job in a vacant home.

Now Topen says that he doesn’t always dance on the job. “It’s not something I would do all the time because it can be disrespectful to do it in people’s homes but this house was empty,” Topen said. “Sometimes the job can be stressful, so it’s good to take the pressure off if you can.”

The video itself has gotten over 400,000 views since it was posted up to YouTube earlier last week. Since then the newly famous plumber has already had people approach him for his autograph.

“I’ll admit that it was a bit embarrassing at first but I suppose that is what is funny about it and I can see that now,” he told the Evening Telegraph. “It’s good to know that people are laughing with me and not at me.”