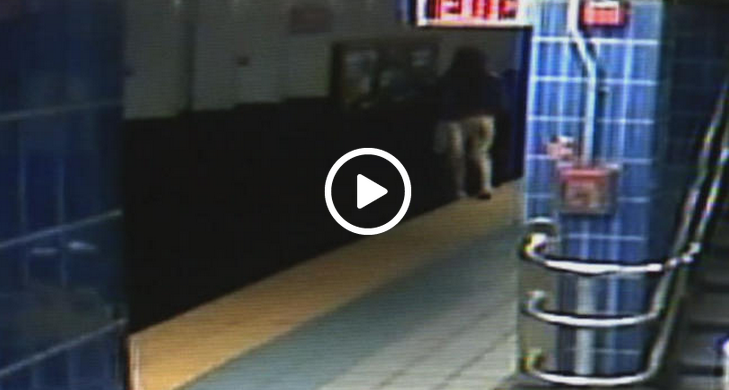 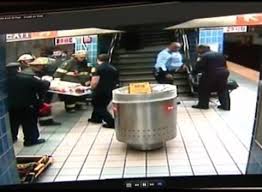 Raw Footage: Woman Falls On Electrified Train Tracks And Lives. A Philadelphia woman is fighting for her life after she fell onto subway tracks. Thanks to the quick actions of passengers and workers, she was lifted out alive and rushed to the hospital. Investigators say that the woman was waiting at the Ellsworth Federal Station for the train around 1:15 PM. The surveillance video shows the woman waiting on the platform and moving across the yellow line towards the edge. Suddenly she falls off the platform and lands on the electrified train rail. “The electrical current runs through your body,” said SEPTA police chief Tom Nestel “It interferes with your major organs. They can shut down your heart. It can cause death and it often does.” Investigators say thanks to the quick actions of passengers and workers who shut down the power to the rail and notified authorities immediately, the woman survived the incident. 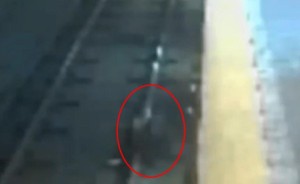 She was taken to Jefferson University Hospital after firefighters and other crews rescued her. “Everybody on the platform either ran to help or ran up to the cashier to notify SEPTA,” Nestel said. “She is still alive because of the great work of the fire department and Jefferson Hospital.” The woman, who remains unidentified, is in serious condition at the hospital. Police say somehow she got on the platform without paying. They also said it could have been a possibility that she was sleepwalking. SEPTA officials say this incident should serve as a warning to passengers to stay behind the yellow line on the train platform and never lean over the tracks.