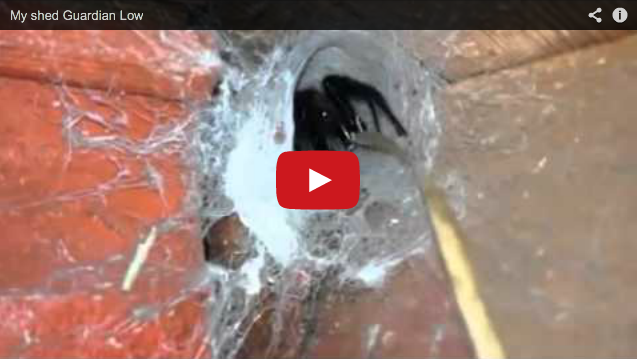 See What Happens When You Poke A Giant Spider With A Stick.

Warning! If you’re afraid of spiders this video is probably your worst nightmare and if you’re not then watch this and then tell me something like this won’t freak you the hell out.

First off though, if a normal person comes across a giant spider’s nest, I think the last thing that they would do would be to poke it with a stick. Well bless this guy for doing what most of us would be scared to do.

The YouTube user angryrhyno shot this footage in Jersey, Channel Islands and despite looking like a funnel web spider, he insists it’s not.

“It’s NOT an Australian funnel web, it’s a native UK spider, I was gently stroking the web to get HER to come out so I could film her for a wildlife Facebook page. No harm intended,” said the YouTube user.
I don’t think we were worrying about the spiders safety more than we were your safety.

Also does it count as wildlife if it’s taken refuge and made a nest in your home?

Either way I don’t recommend any of you guys going out an poking spiders nests.