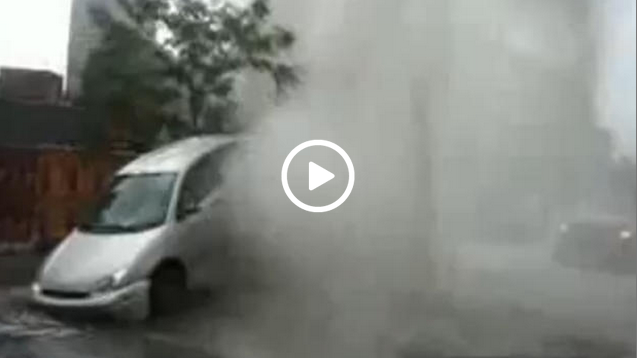 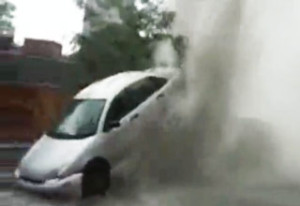 Sewer Geyser Launches Parked Car In The Air. A forceful sewer geyser lifts a parked car into the air after floods in Montréal back up the drainage system. This video was taken in Montréal, where flooding caused tremendous pressure build up in the city’s sewer system. I guess this will make you think twice about where you might park your car, especially in stormy conditions. An onlooker, Michael Vidde, grabbed his camera during this massive rainstorm to grab the footage of the flooding. When all of a sudden the pressure caused a geyser to burst from a manhole cover, lifting the unfortunate car parked on top of it. See the rest in this viral video below!