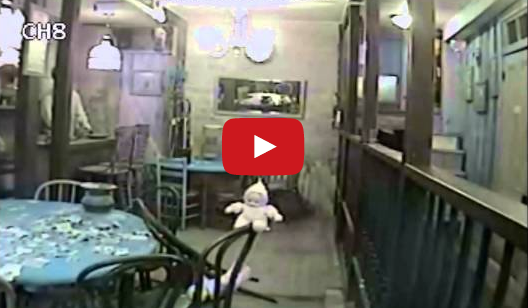 Kevin Hickman, a paranormal investigator, set off to Tombstone, Arizona to investigate the Birdcage Theatre with his research team.

He was joined by John Albrecht of Paranormal Playground. Together, they were determined to gather evidence of the ghosts that were said to haunt the historic location.

They set up 16 cameras in various locations of the building to see what they could capture. While the four investigators were setting up the equipment, something strange happened on one of their DVR cameras.

In one of the clips from the footage, a black shadow can be seen passing by the camera where the poker table room is located. Then a small doll begins to move.

A closer look at the video in slow motion shows what they believe to be proof of the shadow person phenomena. These gentlemen are not the first to investigate the black shadow that reportedly haunts the Birdcage Theatre.

Several TV shows and groups have been there and they all leave with similar evidence.