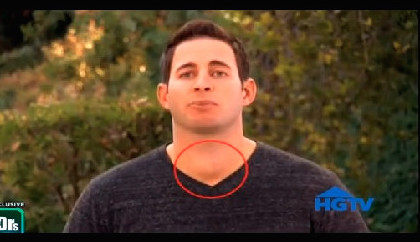 Usually when people watch TV, it’s to turn off their mind and relax – Not many people get involved in the details.

But luckily for the host of a show called Flip or Flop, one of the people watching was paying attention.

A viewer notice something odd about Tarek El Moussa’s neck, so she emailed the production company and told them that El Moussa needed to see a doctor immediately.

It turns out that the lump on his neck was actually a malignant tumor. El Moussa has thyroid cancer. The lump was removed immediately. Sadly, the cancer had already spread to his lymph nodes.

El Moussa Had to undergo radioactive iodine therapy, which meant that he had to be isolated from his family for their protection. Thankfully, the cancer hasn’t spread any further, and he will find out in a week or so if he is cancer free. 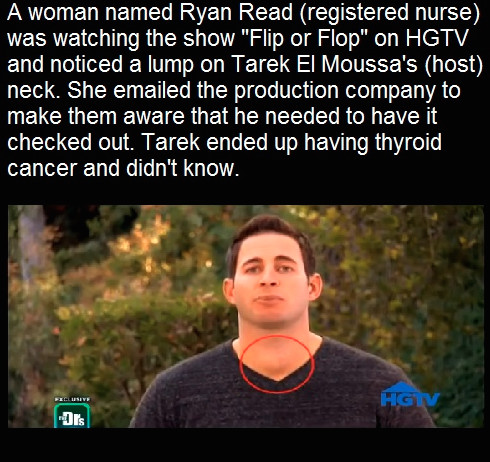 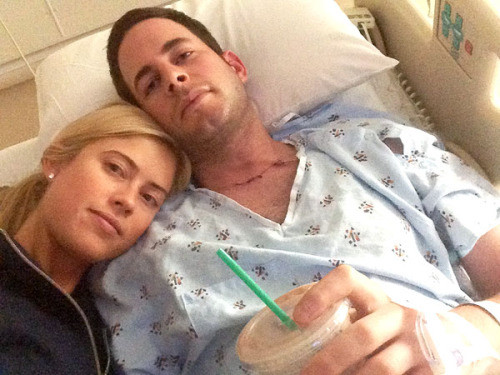