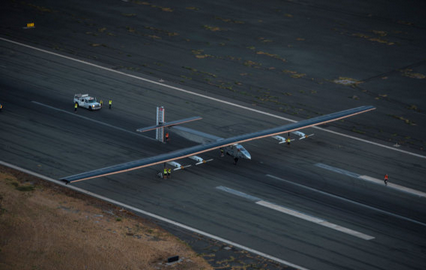 Solar Powered Airplanes Could Be The Future Of Flying

The future of flying may be starting with a history making voyage that just happened last week. A solar-powered, single-piloted airplane completed a 4,000 mile journey from Japan to Hawaii without stopping. 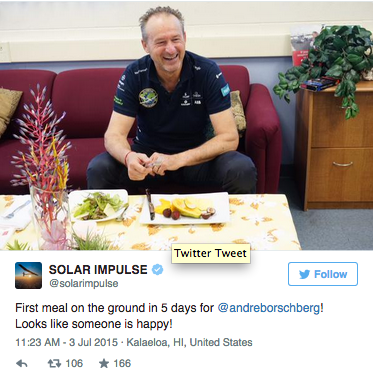 The plane itself is called the Solar Impulse 2 and is currently making a trip around the world. This leg of the trip was the longest the pilot, Andre Borschberg, will have to go without stopping. The plane left Japan last Sunday afternoon and made the trip in 5 days. It landed on Sunday

The aircraft itself has a max speed of 90 mph and average only about 40 mph during the trip. This meant the trip took an excruciating 117 hours! In comparison a Boeing 777 can hit about 600 mph making the trip in about 8.5 hours.

Even though this may seem not worth the trouble, it’s the first step in making solar powered flight a commercial possibility in the future. This would help push us further away from depending on fossil fuels.

“This oceanic flight to Hawaii demonstrates that if technological solutions exist to fly a plane day and night without fuel, then there is potential for these same efficient technologies to be used in our daily lives, and to achieve energy savings to reduce CO2 emissions,” Bertrand Piccard, co-founder of Solar Impulse, said in a statement Friday. 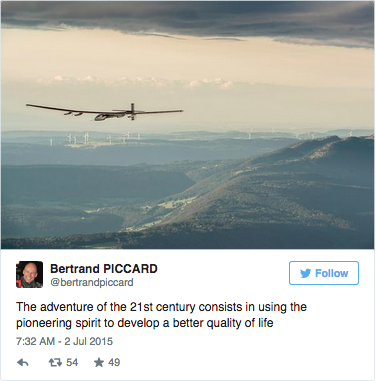 That last record was mainly due to the fact that the plane doesn’t have to stop to refuel. There are 17,248 solar cells on the wings that recharge four lithium polymer batteries, which allow it to fly at night. Also the plane is made of carbon fiber making it very light, only 5,070 pounds.

The Solar Impulse 2 has five more legs it needs to complete before it makes it entirely around the world. It’s next stop, Phoenix!