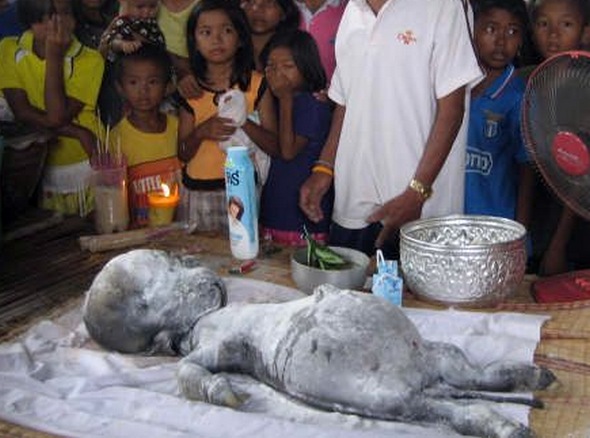 Locals in a small Thailand village gathered around to see this strangely shaped body that fell from the sky and attacked three villagers walking down the street over the weekend.

While defending themselves, this mysterious creature was killed.

They brought it to the local chapel where they lit incense and worship the creature that transcended from the sky.

Villagers brought items such as baby powder and juice as some type of tribute to the creature. They even brought a fan to help keep it well preserved for the scientists.

The three villages and were attacked escaped with minor injuries. The mystical creature is being held by villagers until scientists can learn more about it. 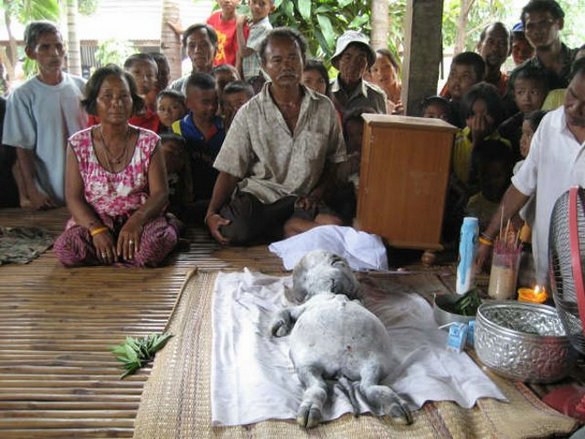 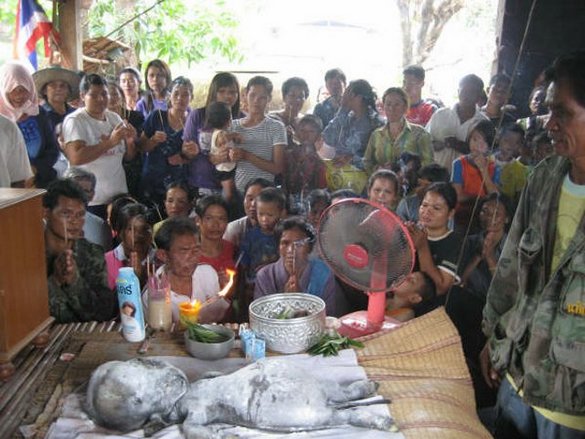 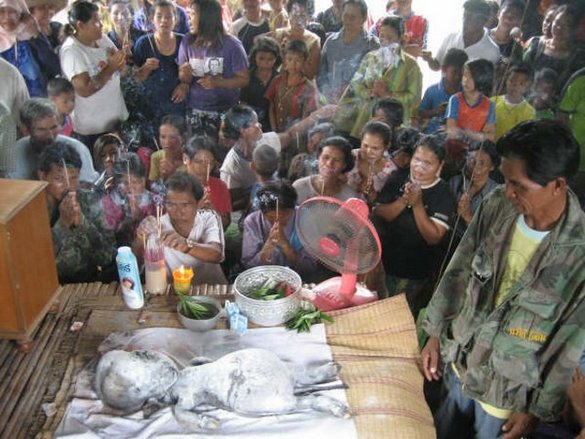 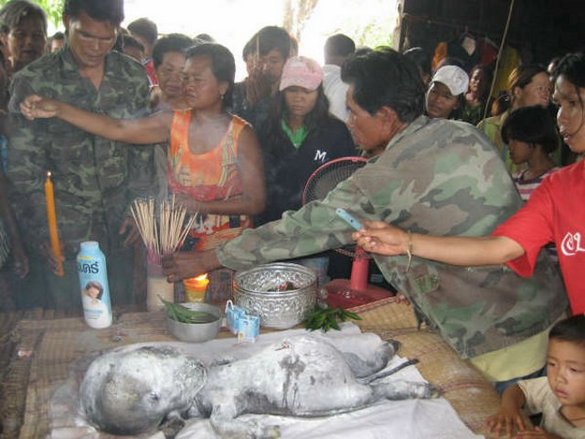