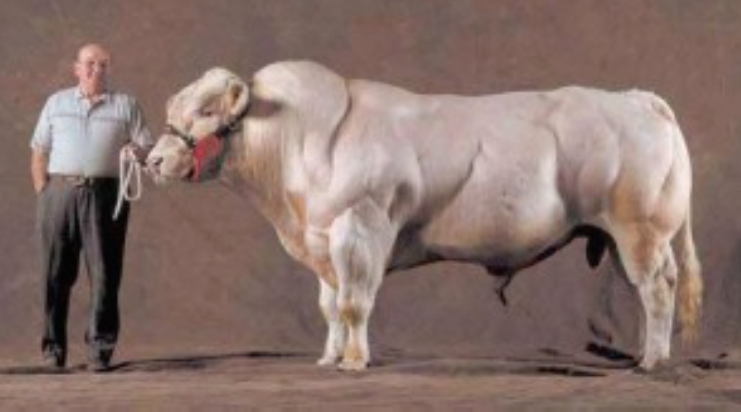 For those who have never seen a Belgian Blue Cow in person, the experience is dramatic. Imagine walking past a dozen or so regular bulls and being intimidated by their sheer size and strength. Then imagine passing a bull so heavily laden with muscle it makes all those scary bowls look like cupcakes.

That’s the Belgian blue, and despite the breeds docility, it never fails to impress onlookers as a very frightening animal. Especially considering this animal weighs over 1 ton.

In the video we hear about some of the amazing advantages associated with the Belgian blue strain. They can have 40% or more additional edible muscle mass, most of which is lean meat. They gain weight well, and quickly, and produce high-protein milk for their young.

While they compromise a relatively small percentage of the international market, the meat itself is highly prized as its lean nature makes it healthier and some say more tender and juicy as well. Unless you’ve specially requested it, I doubt most of you have ever tasted Belgian Blue.

We’ve discussed before how genetically engineered animals are on the horizon that could be on our plates in the near future. The Belgian blues new mutant gene variation has even been spliced into rainbow trout to give them more bulk.

Animals are already being genetically engineered, and if work in primates is any indication, we are slowly approaching the time when scientists will be able to waltz inside a human embryo, tinker with its DNA, and get the child to come to term. The chances that human genetic engineering is going to have a smooth transition into becoming a popular tech knowledge he is almost nil. Expect legal and social hurdles to abound. 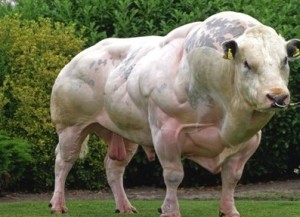 I would not be surprised if armed conflict arose around the controversy as well. It could take decades before we accept such technology, though my bet is eventually that we will.