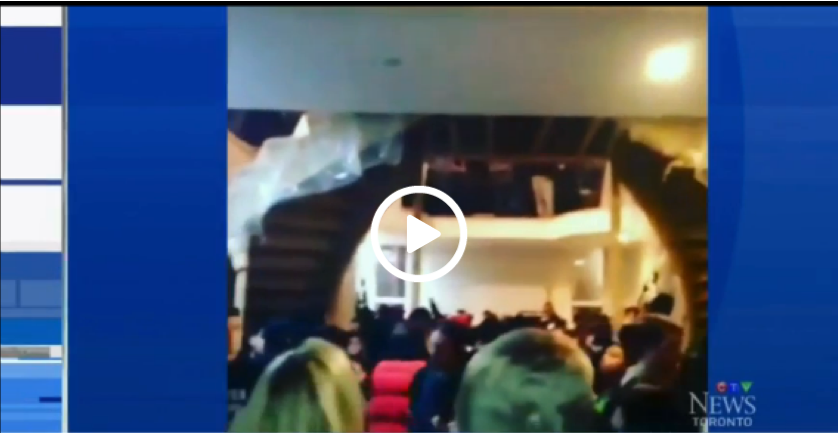 You remember parties in high school, beers, girls, all of the random people you would meet. Felt like it got a little out of hand sometimes, right? Well nothing compares to this house party that just happened in Ontario, Canada.

A teens parents went out of town and there son threw a party in their unfinished, 5,000 square foot mansion with about 2,000 kids attending and theres video and pictures to prove it.
“He told (us) they were just going to have a small party,” said one of the neighbors of the mansion. The neighbor went on to say. “From my window, I could see there was literally no room to walk in the house.”

Hundreds of kids were piled onto the staircases as the party grew. I guess the party was actually meant to be small but once it started being promoted on twitter with the hashtag #MansionParty more and more people kept showing up.

By the time cops got there were about 200 cars lined up outside and the entire house was packed. Clearly with that many people, mostly intoxicated teenagers, there were arrests. Some of the teens were charged with assault and public intoxication.

Luckily no one was killed or hurt because cramming that many people into one area with no type of security or enforcement could prove deadly.

Bad news for the kid who threw it though, the total cost of all the damage done to the house was approximately $70,000. Windows were smashed out, trash scattered everywhere.

All I can say is that if I were that kids parent he wouldn’t be seeing daylight for a long, long time. Check out the video from the party: