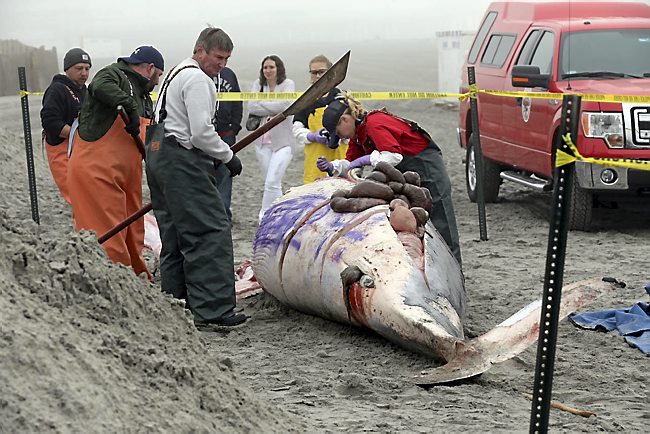 Whale Washes Up on Shore and Gets Vandalized With Spray Paint.

When does vandalism cross the line. Is it when there is graffiti on your street by your house, the overpasses you drive by everyday, or maybe on your actual property.

Well there seems to be a new target for graffiti artists, marine life. Yeah that’s right someone decided to spray paint all over an innocent dead whale.
The whale was discovered Thursday morning around Atlantic City’s Central Pier. 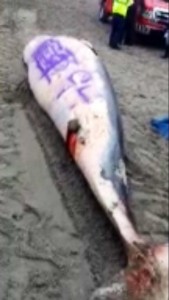 washed ashore and had been dead for several days according to Bob Schoelkopf of the Marine Mammal Stranding Center. He still will try and determine the cause of death.
Now back to the real issue. Someone tagged on a freakin’ whale! I don’t know who would look out onto the beach and see this dead whale and go, “Hmm… maybe I should spray paint all over that.”

Just doesn’t seem like the most logical thing to do. Not that it is probably even against the law, it’s just like a respect thing you know.

It’s like when you go out to a national park or preserve and you see tagging on a tree or a rock and your thinking to yourself, “Why even be out here if your just gonna mess stuff up?”

I don’t know the answer, but all I can say is that tagging on a dead animal just sounds messed up. At least make it look nice…