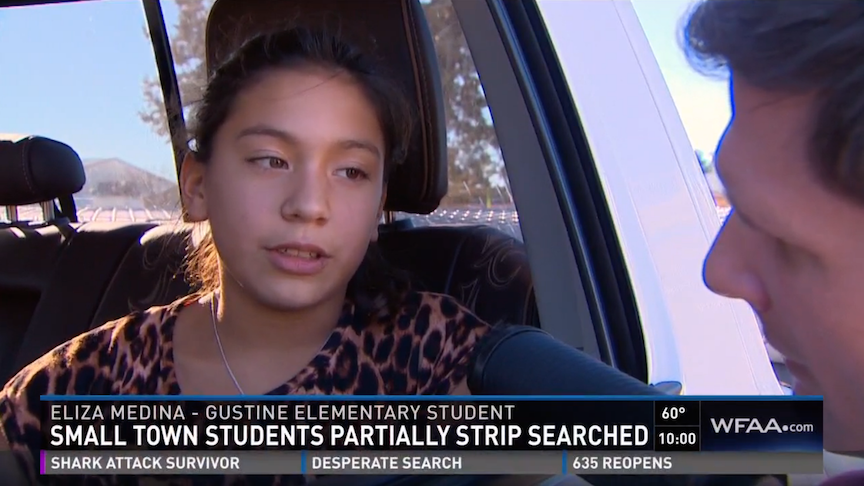 A group of elementary school students in a small town southwest of Fort Worth, Texas were told to drop their pants while school officials inspected their underwear for feces.

According to WFAA, boys and girls were separated and ordered to “pull down their pants to check them to see if they could find anything.”

School officials did the inspections because they “have been finding poop on the gym floor,” according to the mother of a girl who was forced to undergo the inspection.

“I was furious. I mean, I was furious,” said Maria Medina. “If you can’t do your job or you don’t know what you are doing, you need to be fired. You shouldn’t be there,” she told the news station.

Despite her many objections, Medina’s 11-year-old daughter said she was told she didn’t have a choice and had to pull her pants down.

The superintendent of the district said what happened “wasn’t appropriate” and said “we do not condone that.”

However, he said it was still early in the investigation and that he was told the pants were dropped “just a little.”

Parents plan to attend a school board meeting to protest the so-called “poop patrol”.