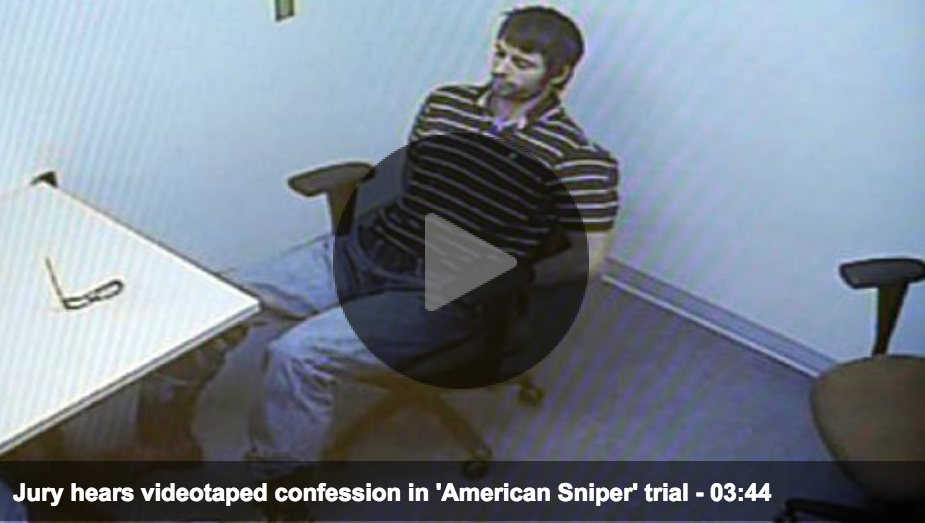 The Video Taped Confession Of American Sniper Murderer Has The World In Shock Today.

The prosecution expects to rest today in the American sniper murder trial.

Eddie Ray Routh admitted to killing Chris Kyle and his friend, but pleads not guilty by reason of insanity.

Yesterday the jurors watched a video taped confession from Routh.

On the tape, Routh admits to the murders and apologizes.

In the recorded confession, the officer asks Routh, “You know what you did today is wrong, right?”

Routh replies, “Yes sir. Would it have been all right if I had stayed?”

What he meant by that, is would it have been different if you would’ve stayed after the shooting and not fled the scene.

Routh continued to ramble on saying, “I was going to be the next one getting my head shot off. If I didn’t take out his soul, he was going to take out my soul next. I’m just tired of playing chess with my life.”