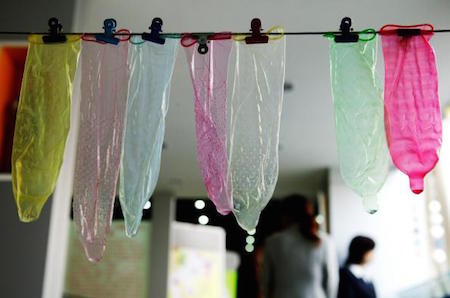 These Teens Just Invented A Condom That Changes Colors If You Have An STD.

Some 13 and 14-year-old kids are busy playing video games.

But not these kids from London’s Isaac Newton Academy – they have an invention that could help prevent the spread of sexually transmitted infections.

Creators Muaz Nawaz, Daanyaal Ali, and Chirag Shah have just developed a “smart” condom that glows in different colors if it detects an STD.

Their invention, cleverly named the S.T.EYE, received the top health innovation prize at the city’s Teen Tech Awards which are intended to promote science, engineering, and technology in schools.

At the competition, groups of kids ranging in age from 11 to 16 attempt to create “technology to make life better, simpler or easier.”

The condom uses a built-in indicator that changes to a different color depending on the bacteria or infection it detects.

The students said it may glow green for chlamydia, yellow for herpes, purple for human papilloma virus, or blue for syphilis.

Molecules in the condom attach to the bacteria of common STDs, causing the contraception to glow and a low light.

“We wanted to make something that makes detecting harmful STDs safer than ever before, so that people can take immediate action in the privacy of their own homes without the invasive procedures at the doctors,” 14-year-old Ali said. “We’ve made sure we are able to give peace of mind to users and make sure people can be even more responsible than ever before.” 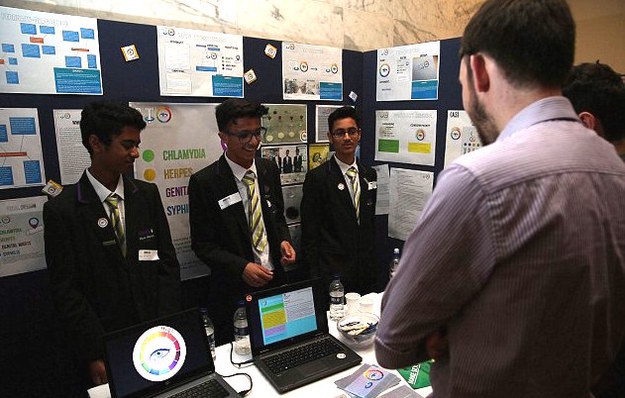 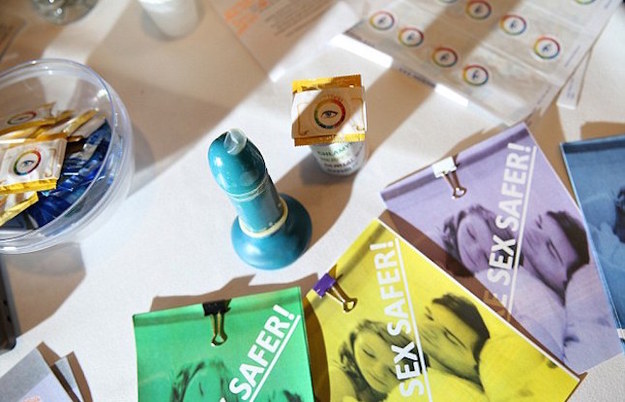