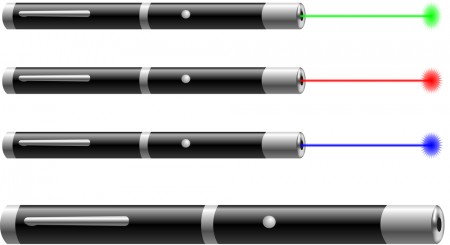 Many adults own laser pointers, but very few know how dangerous these toys can be.

Some might find it fun to be playful with the cat while running the laser back and forth in a room – we all know they Love it!

Unknowingly, some parents leave these laser pointers out and it is causing serious damage to the eyes of children. Although lasers are frequently used in toys, they have been regulated so that they do not have the same radiation as laser pointers. However, you will hear in the video below that even those lasers have inherent dangers when toys are broken.

This warning came about after a 14-year-old boy was seen pointing the laser pen into his eyes for only a short period of time. His vision was permanently damaged, losing 75% of his 20/20 vision forever. The laser had burned his retina at the back of the eye, but as is common, no pain was experienced.

But damage was done immediately and it caused severe visual impairment. Please watch the video below and warn your friends and family!