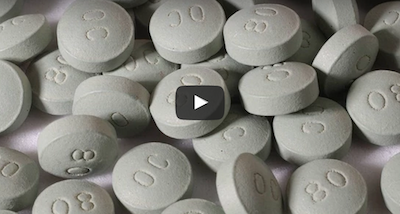 This Family Has Built A $14 Billion Fortune Killing People With An FDA Approved Drug.

Get ready to meet the REAL drug dealers of America – Oxycontin creators, the Sackler’s, the newest addition to the Forbes 2015 List of Richest Families.

Oxycontin has gone on to make the Sacklers $35 billion in sales since 1995 and was the main source behind the opiate and heroin epidemic which generated$1.5 billion a year.

While the Sackler’s are only worth $14 billion and are the 16th on the Forbes list, Oxycontin, which originally claimed to be addiction-proof, is number one among addicts.

The drug Oxycontin has killed more than heroine and cocaine combined, so this family is literally the biggest drug cartel in the world.

It’s ironic that this family is celebrated for amassing a fortune from selling a drug, which has killed tens of thousands, while good people are in prison for life for selling a plant that grows naturally and has never killed a single person.

The number of deaths caused by the use of Oxycontin dwarfs the number of people killed during the deadly Mexican drug war, while overdose deaths, from prescription pills, have now surpassed that of cocaine and heroin combined.

In an entirely irresponsible and hypocritical move, the FDA just approved a measure to give Oxycontin to children! This move will ensure a future generation of drug addicted adults. It’s a damn shame.