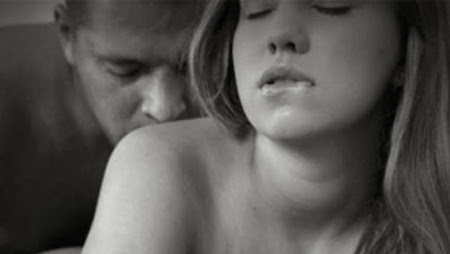 Officially discovered back in 2001, John Halliday and Noah Soule were the first to record the effects of a fungus that could instantly induce “The Big O” in females.

Published in the International Journal of Medicine Mushrooms, Halliday explains that he and his colleague Soule heard of an unusual fungi growing in recent lava flows on the island of Hawaii – a bright orange mushroom which supposedly caused women to suddenly reach climax for no apparent reason.

Intrigued by the concept, the pair headed to the island to see if these fantastical claims are true – for science, of course.

Forming on lava flows 600 – 1000 years old, the unnamed Dictyojhora species was deemed a very intense aphrodisiac when smelled by woman – despite, or maybe because, of it’s “fetid”smell. The pair put the claim to the test by asking volunteers to take a deep wiff, and recorded their arousal levels. The results reported in the journal show a significant increase in arousal, with nearly half of the women experiencing spontaneous 0rgasms.

All of the men, on the other hand, claimed it smelled absolutely disgusting. The pair also described the morphology and chemistry of the fungus, and concluded that the “hormone-like compounds present may have some similarity to human neurotransmitters released during intimate encounters.”