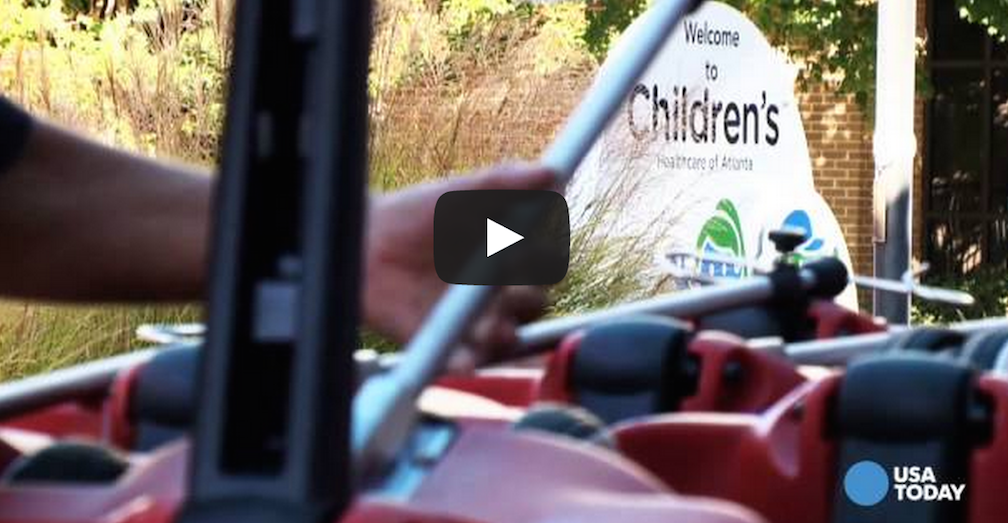 This Little Girl Was Dying, But Grandpa Wouldn’t Give Up!

When Roger Leggett’s 4-year-old granddaughter was diagnosed with a cancerous brain tumor, it was only weeks after that his only son Chad died of heat stroke.

For some this would be too much, but for Roger he decided to heal his heart with the new project.

Roger decided to build red wagons for kids at the children’s healthcare of Atlanta.

His creativity not only healed himself, but help many children during their hospital visit.

He helped build over 100 red wagons that helped carry IV poles for the little patients at the hospital.

You can watch Rogers story of inspiration in the video below!