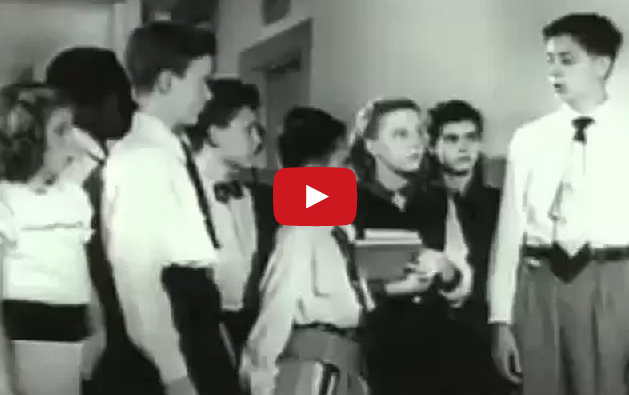 This video on YouTube claims that a student from the 1950’s is actually a time traveler that is carrying an Apple laptop computer, MacBook air, with her during a recording of an atomic civil defense film.

As the camera zooms in, you can clearly see the Apple logo on the front of the item, which is identified as a MacBook air, she is carrying.

We’ve seen it in movies, but maybe time travel is not as far-fetched as we think.

Skeptic or not, check out the video below and share it!