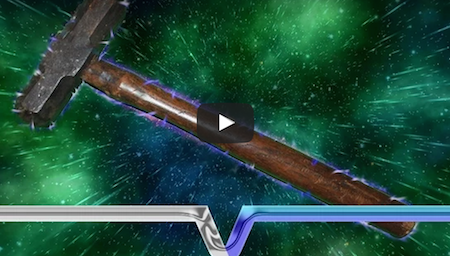 In June 1936 Max Hahn and his wife discovered a strange rock with a wooden handle protruding from its core in London, Texas. When the rock was cracked open, they found an iron hammer within it. This became known as the London hammer. This hammer, because of the rock encasing, was dated to the Ordovician period, more than 400 million years ago.

Modern humans have only been around for about 200,000 years. So how has a man-made tool become encased in a 400 million-year-old rock? Check out this very interesting video which will show you the actual hammer and rock. Could The history we’ve learned be completely wrong? Watch the video and decide for yourself!